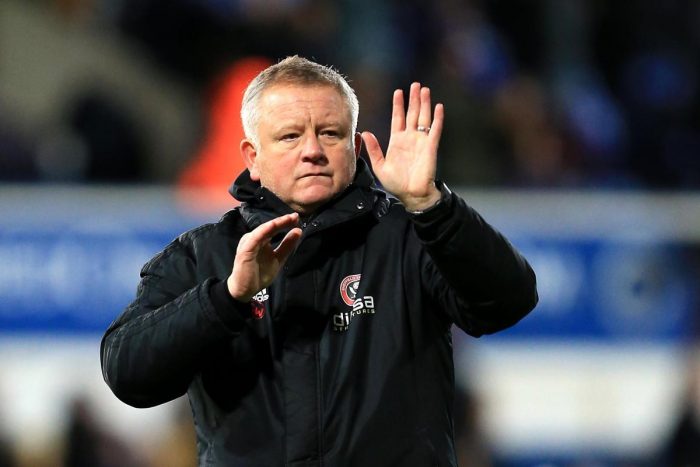 Sheffield United have had a superb start to their Premier League campaign.

Picking up a hard-fought point at Bournemouth followed by a victory at home to Crystal Palace may well prove to be vital results come the end of the season, with many expecting the Blades to be fighting for their place in the English top flight come May.

Chris Wilder’s side is littered with English talent – which is somewhat refreshing given the fact that many teams in the division struggle to name even one homegrown player in their starting line-up.

In fact, on Sunday, Wilder named a fully British and Irish XI in consecutive games – and this is the first time this has happened since April 2012.


Lampard is putting too much faith in Chelsea's youth, says Ian Holloway


Man of the match in every PL game at the weekend, according to the stats

With a little help from our friends over at Opta, it has been established the last club to do this was Norwich under Paul Lambert.

The Canaries fielded an all English/Irish team in FIVE consecutive matches, with the likes of Steve Morison, Kyle Naughton and John Ruddy all tearing up the Premier League.

However even after the victory over Palace, Wilder said his players will need to become more ‘streetwise’ as they continue to adjust to Premier League football.

During the game Wilder’s team – and the majority of the 30,197 crowd inside Bramall Lane – became increasingly frustrated by the amount of free-kicks awarded against them.

Wilder acknowledged that United need to brush up on some of the tricks of the trade.”Maybe we’ve got to become a little bit more streetwise in our play,” he said.

“It’s a contact sport and that is part and parcel of what we do, but maybe at times we’ve got to be a little bit cuter ourselves. But that’s something we’ll get to grips with as we go along.”

Saturday is GameDay on talkSPORT and talkSPORT 2 as we become your go to destination for all the Premier League action.

We’ll bring you LIVE commentary of Premier League games across all three time slots on Saturday – 12.30pm, 3pm and 5.30pm – delivering award-winning coverage to more GameDay listeners than ever.