Safe Standing: Everything you need to know about Rail Seats

Supporter groups have been calling for safe standing to be introduced at English football grounds for years, claiming it will improve the atmosphere while reducing ticket prices, and with the likes of Wolves and Tottenham making plans to do just that in the near future the debate has never been more topical.

Meanwhile, Shrewsbury Town, with the help of FansBet, installed around 500 rail seats at their New Meadow ground last year, making them the first EFL club in England and Wales to operate a safe standing area for home games.

But just what is “safe standing” and what is it that fans feel so strongly about?

Here is all you need to know about the ongoing debate…

What is Safe Standing?

Safe standing is the generic term for a seat that allows spectators to either stand or sit depending on how it is installed.

The most common form is rail seating, currently used in stadia across Europe and consists of folding seats with a sturdy metal frame that forms a waist-high rail for the spectators in the row behind to prevent fans toppling over themselves or down several rows when celebrating a goal or enjoying the game.

Seats can be locked down when the event requires seating, or locked up when spectators are allowed to stand in that space.

Rail seating has already been fitted at Celtic’s Parkhead stadium, as well as a number of clubs in Germany – including Borussia Dortmund, Werder Bremen and Wolfsburg – and is even being used in America by MLS franchises.

What does the law say currently?

A ban on standing terraces at top-flight English football grounds was introduced following recommendations made by Lord Justice Taylor in his inquiry after the deaths of the 96 Liverpool supporters in the Hillsborough disaster of 1989.

Football stadiums in the Premier League and Championship are currently required to be all-seater, while League One and Two clubs can implement standing depending on what stadium licence they hold.

The current laws don’t affect Scottish clubs and champions Celtic currently have the largest section of rail seats in the UK, with 2,900 installed in the north-east corner of Parkhead with many people believing they have only added to the overall match day experience.

Is there much support from the fans?

In recent seasons, campaigners have called for standing to be allowed in grounds once again as rail seating has been developed to provide spectators with seats which can also be converted to standing areas when required.

In July 2018, in a poll run by Liverpool supporters, 88 per cent of nearly 18,000 voters backed rail seating to be brought into Premier League grounds while a petition calling for a debate in parliament on the subject was signed by over 100,000 people.

As a result a number of clubs including, Manchester United, Everton, Spurs and Crystal Palace, have held consultations with supporters groups to measure fans’ opinions on the issue with most very much in favour.

What do the politicians say?

In April 2018 then Sports Minister Tracey Crouch rejected an application from West Bromwich Albion to trial a safe standing scheme at the Hawthorns, saying they had no plans to change its position on the matter.

However, her successor, Mims Davies, has since commissioned two further reviews into how legal standing areas can be reintroduced to the top two divisions in England even though she claimed that in her opinion all-seater stadiums were still the safest option.

As for the opposition parties Labour Leader Jeremy Corbyn has been vocal in his support for the introduction of “safe standing” and has claimed: “It’s time to back safe-standing at football grounds. We will give the power to fans, clubs and local safety authorities, to allow stadiums to designate an area for safe-standing.”

Meanwhile, Shadow sports minister Dr Rosena Allin-Khan has previously called for decisions on safe standing to be devolved to clubs, fans and safety authorities rather than central government. 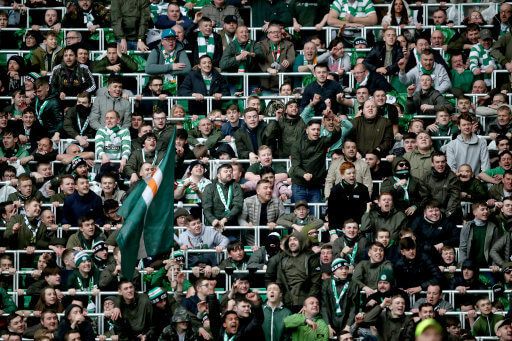 As it stands nothing and standing at top-flight and second-tier English football grounds is still outlawed, however a recent change in legislation means that seats incorporating rails in-between are permitted.

Last year, new guidance from the Sports Ground Safety Authority (SGSA), the body in charge of ground safety, paved the way for the use of rail seats.

Its Green Guide document, used by all stadium managers, referred to ‘seats incorporating barriers’, which the SGSA later confirmed meant that they could be installed and still meet the government’s all-seater policy, provided certain strict conditions were met.

We’ll have to wait and see how any change in legislation is greeted by England’s top clubs, but the decision by Wolverhampton Wanderers to become the first club in England’s top-flight to install rail seats in their stadium is a huge step forward for those who support safe standing at football.

Whether it will improve the atmosphere, enhance the match day experience, or indeed bring down the cost of watching games, however, is yet to be seen.

FansBet, By Fans, For Fans.