Liverpool vs Manchester City: The Clash Of Champions In Season Curtain-Raiser 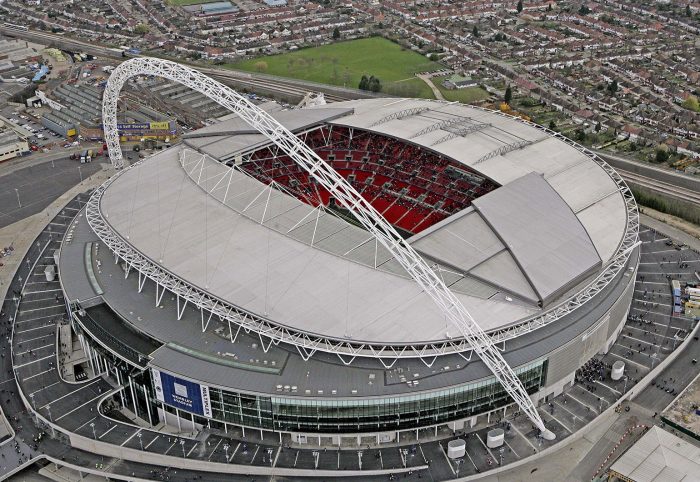 The 2019-20 season gets underway on Sunday afternoon as Premier League champions Manchester City and European champions Liverpool meet in the Community Shield at Wembley.

City, who beat Liverpool to the 2018-19 title by a single point, also brought home the FA Cup last season after a 6-0 win over Watford.

That thumping over Javi Gracia’s side in May means that Jurgen Klopp’s team will be the opposition in the annual curtain-raiser through the virtue of finishing second last season.

Liverpool softened the blow of being eclipsed to the league by winning the Champions League in June after beating Tottenham Hotspur 2-0.

But it will surely be all eyes on a first league title since 1990 this time out but surpassing a City side that have accumulated 100 points followed by 98 in the last two seasons will be a mammoth task.

The Community Shield will present to us the first opportunity to see what both clubs have been working on in the close season.

Although one of the main purposes of this fixture will be to get more minutes into the legs of first-team players there will be eyes on whether we will get a hint of whats to be the narrative of the upcoming season.

Will City steamroll everything and everyone in their way for a third consecutive season? Can Liverpool push Guardiola and his men all the way again?

City have been missing a number of key players due to international commitments throughout pre-season but despite this had a relatively successful build-up to the new campaign.

Three wins out of four with the only defeat coming on penalties to fellow Premier League side Wolverhampton Wanderers in the final of the Asia Trophy in Shanghai.

A lot will be expected of Raheem Sterling this season after an impressive 25-goal haul in 18/19. Pre-season has seen Guardiola experiment with the England international upfront, albeit this could be down to not having Sergio Aguero and Gabriel Jesus, but this may be something we could get used to seeing this season.

Sterling is 6.00* to score first on Sunday on site at the moment and 15.00 to finish top goalscorer in the league – if he continues on the trajectory of the last few seasons the former Liverpool player could well be the league’s next superstar.

Raheem Sterling to score first in Liverpool vs Man City – 6.00*

Leroy Sane will be expected to start on Sunday, especially due to the lack of match fitness for Aguero and Jesus, but it remains to be seen whether he will be at the Etihad Stadium come the end of the transfer window on August 8.

Sane, 23, has been heavily linked with a move to Bundesliga champions Bayern Munich and City boss Guardiola has not ruled out the German international leaving to join the club he used to manage, he said:

Sane to be a Bayern Munich player after the transfer window closes – 1.25*

Liverpool’s pre-season preparations have been less than ideal after a chaotic US Tour which saw them fail to win in three game against Borussia Dortmund, Sporting Lisbon and Sevilla – while re-enacting the Battle of Normandy in the match against the latter.

A 3-1 win over Lyon in Geneva in the club’s final friendly on Wednesday did restore some confidence in the team ahead of the clash with their arch rivals of last season.

Mo Salah and Roberto Firmino both made their first appearances of pre-season in the win over the Ligue 1 side and this suggests they could both play a part at Wembley.

Salah is coming off the back of two incredible goalscoring campaigns, but it could be the wonderkid Rhian Brewster who may be worth keeping an eye on this season.

The 19-year-old striker is talked about to the same lengths as Robbie Fowler and Michael Owen amongst Liverpool’s senior and youth coaching staff and if pre-season is anything to go by, this could be Brewster’s breakout season.

Four goals against Tranmere Rovers, Bradford City and Dortmund highlighted the former Chelsea youth player’s sharpness and credentials and he is likely to lead the line for the European Champions at Wembley.

Liverpool manager Jurgen Klopp is unsure of the significance of Sunday’s fixture but has made sure his team are aware they can’t be slack in dealing with the league champions, even in the Community Shield, stating:

“In Germany I won the Super Cup twice but nobody mentions it. You win it – nobody cares, you lose it and some care.

“We have to defend in a good way, because if you don’t defend well against City, we can get a proper knock.”

Away Days: The Glorious travels of following the European Champions

FansBet are committed to giving 50 per cent of their net profits back to fans. To find out more about how they do it, click here!And is that is not enough check out our Fan Boosts here. The best odds and an unrivalled range of special bets!