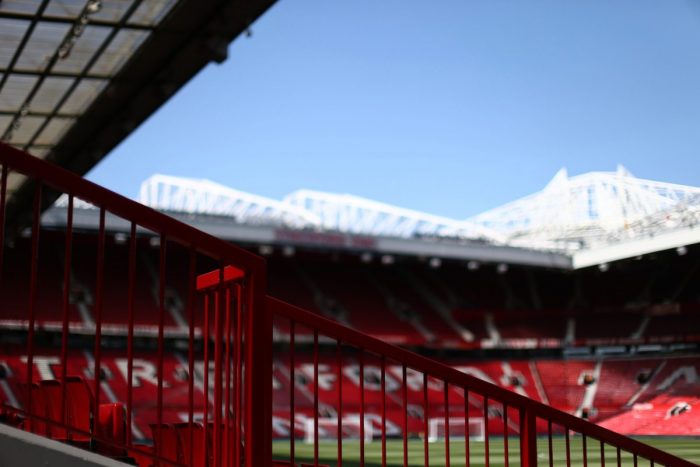 Manchester United are still very much in a transitional period under Ole Gunnar Solskjaer after an indifferent start to the season.

The Red Devils got their Premier League campaign off to a flyer against Chelsea, but draws away to Wolves and Southampton are the only other positives after a dreary loss to Crystal Palace.

Although the international break may have come at the perfect time for the Norwegian, there are still stories and rumours breaking out of Old Trafford.

Check out the latest stories below!

Lingard wants No.7 but ex star does not agree

Louis Saha is not happy with the idea of Jesse Lingard taking the number seven shirt at Manchester United.

Saha, who spent four years at Old Trafford, lined up alongside Cristiano Ronaldo and helped the Red Devils lift the Champions League in Moscow.

But the thought of Lingard wearing Ronaldo’s old number does not sit well with the Frenchman.

Alexis Sanchez vacated the No.7 shirt this summer after his disastrous 18-month spell with United was brought to an end by Inter Milan.

And amid rumours Lingard has asked to take over the iconic shirt number, Saha has expressed his concerns.

Reported by the Express, he said: “I mean, no disrespect, Jesse’s a player from the academy and he’s been there a long time, he understands.

“But as I mentioned it’s not just something that you just claim.

“It’s something that people give to you for some reason because you now have attached to your back something that represents the club, you represent the club, the history and all that. You can’t take that lightly, it’s not just about you thinking that you have the potential.

“I don’t think that he done it seriously. When you know the history of that number, you know [there is] a responsibility.

“You can’t just think like your career gets you that shirt. Now you have to prove it. Definitely those players who thought lightly about it got punished because you have to work really hard.

“George Best, Cristiano Ronaldo, David Beckham – all those players are immense players for the club. You have to realise it’s not just talent, you have to be committed, be a leader, be someone who inspires others.”

Wan-Bissaka OUT of England squad

Aaron Wan-Bissaka’s first taste of the England senior set-up has ended prematurely due to a back issue.

The 21-year-old has settled in impressively at Manchester United since his summer arrival from Crystal Palace for a fee that could rise to £50million.

Wan-Bissaka’s form saw him rewarded with a maiden senior call-up for September’s home Euro 2020 qualifiers against Bulgaria and Kosovo, but injury has led to his early departure from Gareth Southgate’s squad.

A statement from the Football Association read: “Aaron Wan-Bissaka has withdrawn from the England squad.

“The Manchester United right-back has returned to his club due to a back issue.

The Denmark international has admitted he wishes Football Manager could sort out his future, as speculation continues to rumble on.

Eriksen has turned down a contract extension with Spurs which would have seen him triple his wages as he waits for his contract to run down.

The Sun claim United offered around £70million for the player this summer and even have engaged in preliminary contract talks with his representatives, only to see the offer rejected by Tottenham.

The report goes on to suggest the Red Devils will try to exploit the uncertainty by making a move in January.

Spurs may want to cash in, given that they could well lose the player for free.

what could have been


Why Neymar's proposed transfer from PSG to Barcelona failed to materialise


What happened on transfer deadline day around Europe?

Manchester United will improve as the season goes on and will finish in the Premier League top four, talkSPORT’s Tony Cascarino believes.

But it’s not such good news for Arsenal, who he expects to be battling for sixth place.

Ole Gunnar Solskjaer’s side currently sit eighth in the table after a poor start to the season, with one win, one defeat and two draws from their first four games.

But Cascarino believes United will soon find their way and expects them to break back into the top four this season.

The former Chelsea striker also believes the Blues are in safe hands with Frank Lampard and will finish in a strong position, and says both United and Chelsea will finish above rivals Arsenal.

Speaking on Tuesday’s Sports Breakfast, Cascarino said: “I think Manchester United will make the top four. I do.

“They’ll get better as the season goes on.

“I think Leicester will make the top six, but breaking in is a massive ask. And Everton will be a really good home team but I’m not sure they’ll pick up enough points on the road.

“It’ll be between Leicester and Arsenal for who will make the top six.

“I certainly don’t think Arsenal will make it [in the top four], I think Chelsea will finish above them.