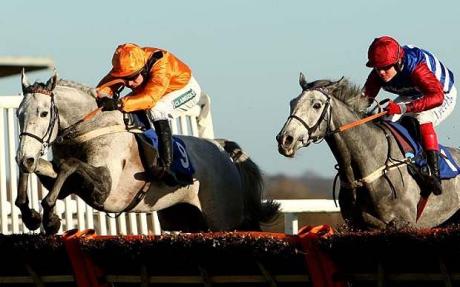 Henderson has been in a quandary for some time trying to figure out just what is the best trip for the talented grey, having seen the 2009 JCB Triumph Hurdle winner fall just short of the top level over two miles, yet, despite appearing to be a potential staying type, struggle to get home over half-a-mile further. It has now been revealed that Zaynar underwent a wind operation some eight weeks ago and if that has eradicated any breathing problems that could have transpired then the Victor Chandler part-owned six-year-old could be a very interesting contender for the staying crown. Although the Cheltenham Gold Cup will no doubt attract most attention, the World Hurdle is shaping up to be an extremely competitive race.

Fourth to Silviniaco Conti in the Grade 2 Coral Hurdle at Ascot in November on his seasonal return, Zaynar was blinkered for the first time and made favourite to win the Grade 2 Relkeel Hurdle at Cheltenham in December over two-miles-five furlongs, put after being driven through to take up the running at the second last he dropped out tamely and eventually finished a well beaten fourth to Karabak.

Henderson is hopeful that Zaynar will stay and bookmakers have reacted to the news of his World Hurdle bid by cutting him to a general price of just 16/1. The uneasy favourite Big Buck's is now as big as 11/8 against to land a World Hurdle treble having been best odds guaranteed on with most firms at the beginning of the month, whilst David Pipe's Grand Crus is a rock solid 9/4 chance to continue his meteoric rise this season.