Home Greyhound Betting Tips & News Who are the top greyhound trainers in the UK?
1.
Read review

Who are the top greyhound trainers in the UK?

Greyhound racing is extremely popular in the UK and every punter will have their own unique system when placing a bet at one of the many tracks which are located around the country. There are plenty of meetings taking place on a daily basis and it can often be difficult to follow the progress of every single race. Luckily, William Hill’s Betting TV now provides coverage of all UK BAGS greyhound races, allowing fans of the sport access to top tracks such as Newcastle, Towcester, Romford and Hove.

Greyhound racing enthusiasts will generally consider a number of aspects before finalising their bets and one of the things to take into consideration is the trainer. Some of the best handlers in the UK regularly send dogs around the country, although others may specialise in just one particular region. Others may predominantly aim train charges at one specific track. They are hugely savvy operators who should never be underestimated and they always send their greyhounds out believing they can win. We take a look at some the key trainers in the UK.

This is one of the more powerful yards in the UK, which regularly has over 100 dogs in training at any given point. Cahill fired in over 360 winners during the course of 2017 and was also responsible for the Astute Missile, who surprised many greyhound ante-post backers when securing the Greyhound Derby title at a huge price of 28/1. The majority of Cahill’s runners will feature at Hove but the trainer isn’t afraid to send his representatives further afield with the occasional greyhound travelling to Romford or Central Park.

Towcester’s Mark Wallis is another former Greyhound Derby winner with a large string of classy runners who regularly take to the track. Wallis clocked up 56 winners from his first 284 runners of 2018, giving him a win percentage of 22.58% and many of the bigger price participants regularly finish in the place positions at decent odds. He is considered one of the country’s leading lights and he has finished as the champion trainer every year between 2012 and 2017. 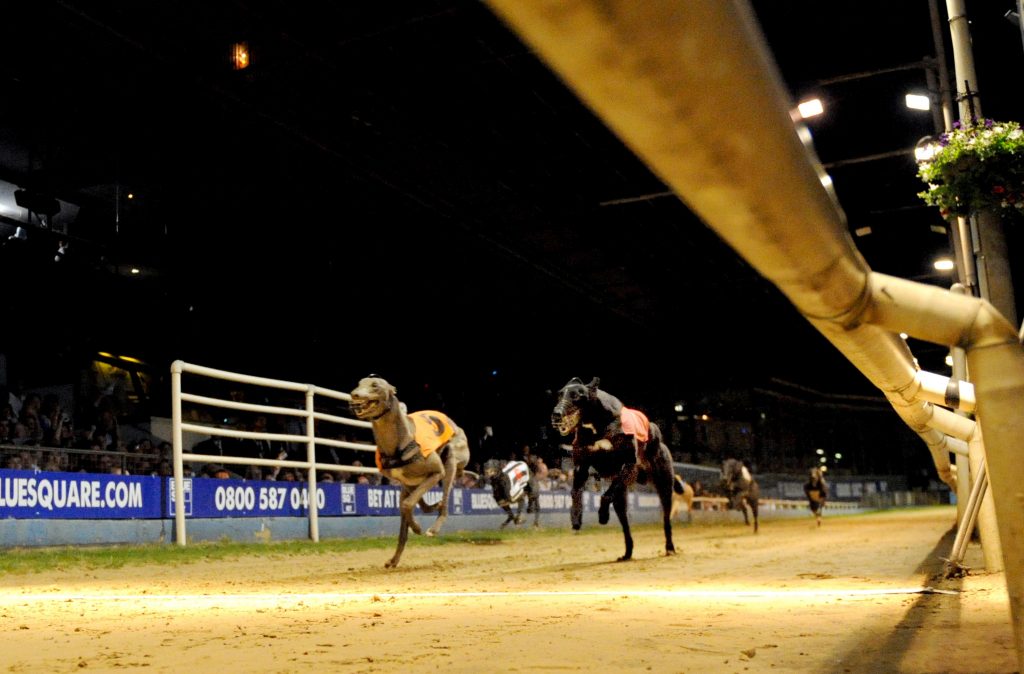 Mark Wallis is another former Greyhound Derby winner with a large string of classy runners.

A four-time Greyhound derby winner, Nick Savva is a name synonymous with the sport and still continues to fire in winners on an almost daily basis. The Cypriot, who has also won the Trainers’ Championship on four different occasions sent out over 80 winners during the 2017 season, which proved to be an extremely profitable twelve months for connections.

One of the most experienced hands in the greyhound game is the astute John Mullins. He regularly sends runners to both Yarmouth and Towcester and was able to boast a 25% strike rate at the Northamptonshire track during 2017. He attributes his success to ensuring each of his runners’ races at the correct track and over the most suitable distance. It’s that attention to detail which has afforded him so much success over the years and his dogs should seldom be overlooked.

Sometimes it’s recommended to look out for the smaller yards as they are regularly able to place more emphasis on the details of specific races and contests. This trainer has a 50% strike rate from his first ten runners in 2018 and despite only having three representatives, a profit of £2.25 per £1 staked isn’t a bad record to boast.

There are a huge number of trainers, who enjoy the thrill of greyhound racing and it is always advised to pay attention to those who have recorded a positive record at any of the tracks. Whether you’re placing a bet at Swindon, Sheffield, Doncaster or Hove, it’s always a hugely important aspect of a sport which relies heavily on know-how and experience.