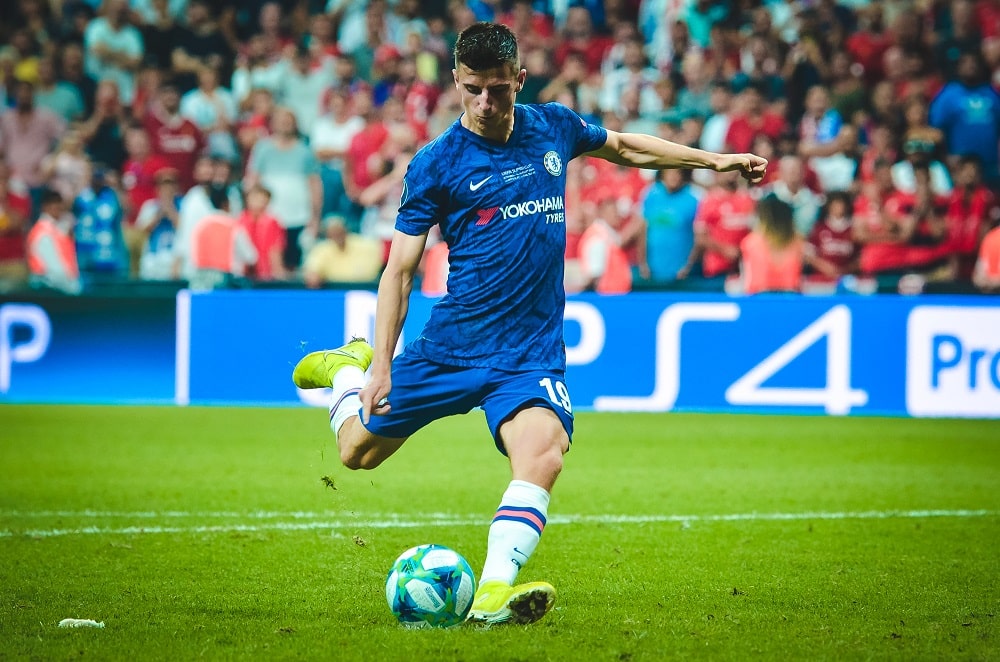 Timo Werner's first-half strike put Chelsea three points ahead of hosts West Ham in the race to the Top 4 of the Premier League.

Thomas Tuchel's men coming to the London stadium on equal points with the Hammers, had their moments early on when Christian Pulisic struck Werner's low center straight to rival keeper Lukasz Fabianski and Werner turned Mason Mount's cross over the bar from just twelve yards away.

Chelsea dominated possession as their endeavours paid off a little before the interval. Ben Chilwell was seen running down the left even as Werner made a parallel dash through the middle into the box where the ex-Leipzig striker met the wing-back's cross to perfection and slot in for his side's opener in the 43rd minute.
It was Werner's 11th goal of the season and his 20th goal involvement having made nine assists too in all.

Werner missed a golden opportunity to put the Blues ahead 2-0, minutes into the second half when Fabianski spilled Mason Mount's long-range effort into the path of the German, but he skewed his effort wide of the post from a mere six yards out with just the goalkeeper to beat.

The Hammers sprung to life as Ryan Fredericks had his goal bound effort blocked by Mount and Jesse Lingard's floating half volley missed the left-hand post by inches.

Mount was brilliant for the visitors as he weaved in past defenders and struck a low left-footed snapshot that had Fabianski diving full stretch.

But just when West Ham were beginning to see more of the ball and press forward for an equalizer, their task was made suddenly very difficult by the expulsion of Fabian Balbuena with nine minutes of play to go.

The Paraguayan center-back's foot caught the leg of Chilwell in his follow through as he tried clearing a ball.

Referee Chris Kavanagh dismissed Balbuena with a red card much to the fury of David Moyes on the sidelines.

A 10-man West Ham side pushed for an unlikely equalizer but were restricted simply to long-range efforts as Chelsea held on to their one-goal lead to move to 58 points in the Premier League table, one behind 3rd placed Leicester who have one extra game in hand, though.

West Ham remain in the 5th with 55 points from their 33 outings so far. Tuchel having recorded his 19th win for the Blues now travel with his men to Spain's capital where they play Real Madrid in the first leg of the semi-finals of the Champions League on Tuesday.

Man of the match: Mason Mount