Liverpool under Strain after recent Setbacks - (2021) 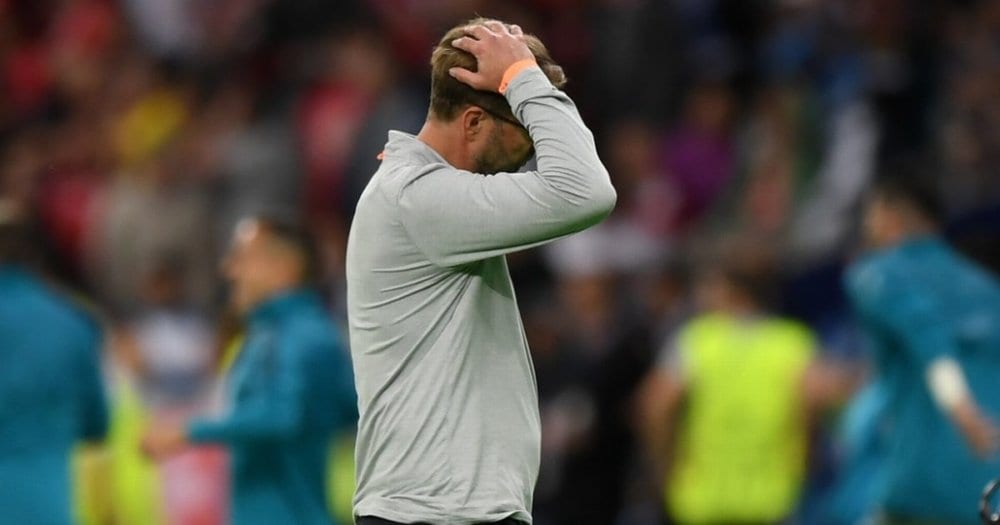 Just when they were beginning to be compared to Arsenal's Invincibles, things fell apart at the seams for Liverpool. Jurgen Klopp's run of 44 unbeaten Premier League was dealt a crude shock by second-half club Watford and that too by a humiliating margin of 0-3. This was preceded by a 0-1 Champions League defeat away in Spain to Atletico Madrid, who incidentally are a much weaker side than what they were a couple of seasons ago.

The last in a string of recent defeats for the Reds was the 0-2 loss to Chelsea in a FA Cup knock-out encounter at Stamford Bridge last Tuesday.

The upcoming Champions League meeting with Atletico Madrid at Anfield next week will be a test for the Merseyside club to return to levels of performance that made them European title holders.

For the Reds the strains of a long season are indeed showing, having to compete on four fronts all together.

Tell-tale signs of frustration were evident in the closing stages of the Stamford Bridge defeat, when James Milner hacked down Pedro and Sadio Mane could be seen clashing with Billy Gilmour and Cesar Azpilicueta.

Mohamed Salah and Roberto Firmino looked jaded in the small time they were introduced.

Virgil van Dijk is out of form. Joe Gomez and Jordan Henderson were out for long periods in the defensive and midfield spaces owing to injury.

But Liverpool and Jurgen Klopp need to fix these problems ahead of their most important game of the season against Atletico.

The Premier League title for 2019-20 looks almost certain for Jurgen Klopp's men but Treble is no longer possible what with the exits from the FA and EFL Cup.

One of the major problems for the Reds has been at the back where Virgil van Dijk's poor form can be attributed to the absence of his long-term partner Joe Gomez for quite a few games.

But with Gomez back, things could be back on the mend at the back, but it is goals, too, the Reds need to get.

Since their defeat to Atletico in February 18th, they have got just three from the four games played across all competitions.

All those three goals came in one particular Premier League game against West Ham. While they failed to score in the remaining three, the Reds conceded as many eight from their last four outings.

Jordan Henderson’s absence in the midfield owing to injury was another issue.

Anyone who has tried to replace him has really struggled. Adam Lallana has had some good spells for Liverpool in the past, but it was really noticeable just how little impact he had in the team's defeat against Chelsea.

Naby Keita is another one who has struggled in the mid-field space especially against West Ham where he had to be replaced by a much better Alex Oxlade-Chamberlain who himself is not bereft of injury issues.

In fact, Klopp was forced to take off both Georginio Wijnaldum and Oxlade-Chamberlain against Watford and replaced by the not-so-effective pair of Lallana and Divock Origi.

As for the attack, restoring Roberto Firmino and Mohamed Salah is now crucial, even if playing them did not make much of a difference against Watford and for the brief moments they appeared in the Chelsea game.

Liverpool's Premier league outing against Bournemouth this weekend is an opportunity for the Merseyside club to get their mojo back in the run-up to the vital Champions League encounter against Atletico.

Liverpool's FA Cup ouster means a failure to overturn the one-goal deficit against Atletico next week will leave them with only one competition to play for.

That competition is, of course, the absolute priority for a club chasing its first domestic title in 30 years and Liverpool are still on course to make history on their way to securing it.

But the problem with setting sky-high standards is that it doesn't take long for someone to come crashing down to earth.

The challenge for Klopp is to ensure Liverpool regain their form quickly as they can and for a squad that achieved so much over two seasons, this is quite possible.

But the Reds don't have much time on their hands to effect a turnaround. It will have to come now.