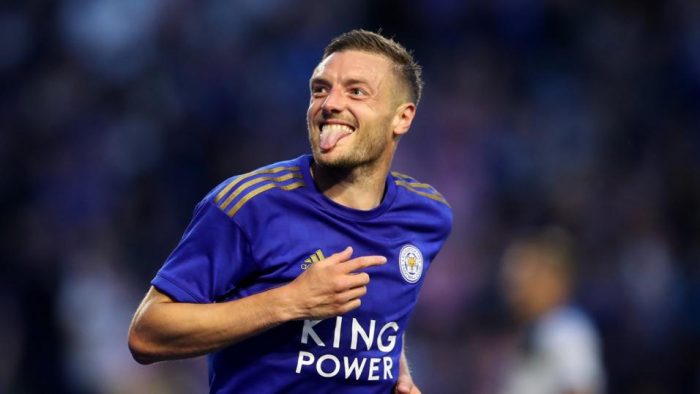 Leicester City got back to winning ways when they thrashed Aston Villa 4-0 at the King Power stadium on Monday night.

With the win, the Foxes moved to 53 points and remained secure in the 3rd spot of the English Premier League table.

Jamie Vardy broke his goal drought with a brace, taking his tally for the 2019-20 season to 19.

See Where Jamie Vardy is in the current Top Scorers Table

Brendan Rodgers' men also ended their poor run of form that involved just one win from their past seven PL games.

The Foxes were wasteful in the first half against Villa and missed three wonderful opportunities to score through headers.

Eventually Harvey Barnes opened the account for the hosts thanks to Villa goalkeeper Pepe Reina's baffling decision to run out of his box.

As Reina came charging out, Barnes nicked the ball around him before slotting into the empty net to make it 1-0 just 5 minutes before the interval.

It was the home team attacking full throttle after half-time and it was just a matter of time before Leicester got their second.

Villa center-back was adjudged to have handled the ball inside the box when it appeared to have hit his shoulder. But VAR came into play and a penalty was awarded to the Foxes which Jamie Vardy converted through a shot to the near post thus marking his first goal after 10 outings.

It was 2-0 for the hosts in the 63rd minute. The third goal came when defender Jonny Evans won the ball outside his own box before he played it forward to Barnes, who found Vardy.

The 33-year Vardy who had only seven touches of the ball in the game so far, speared his shot past the Villa custodian after his attempted cross had come back to him.

Leicester's 4th came in the 85th minute when Harvey Barnes was rewarded with his second goal for an industrious performance, blasting home from a Marc Albrighton's cross.

The Foxes were clearly the dominant side with 65 per cent possession and seven shots on target compared to Villa's one. The latter's best moment was Frederic Guilbert's 78th-minute effort on the goal, which was easily dealt with by Kasper Schmeichel.

Villa's defense has been shambolic at the best which is evident from the 11 goals they have conceded from their last four games all of which have been losses.

Languishing just a place away from the bottom of the table at the 19th, the Villans need to improve dramatically if they are to remain in the Premier league next season.

With fixtures against Chelsea, Wolves, Liverpool and Manchester City lined-up, things may not look up for Dean Smith's men.