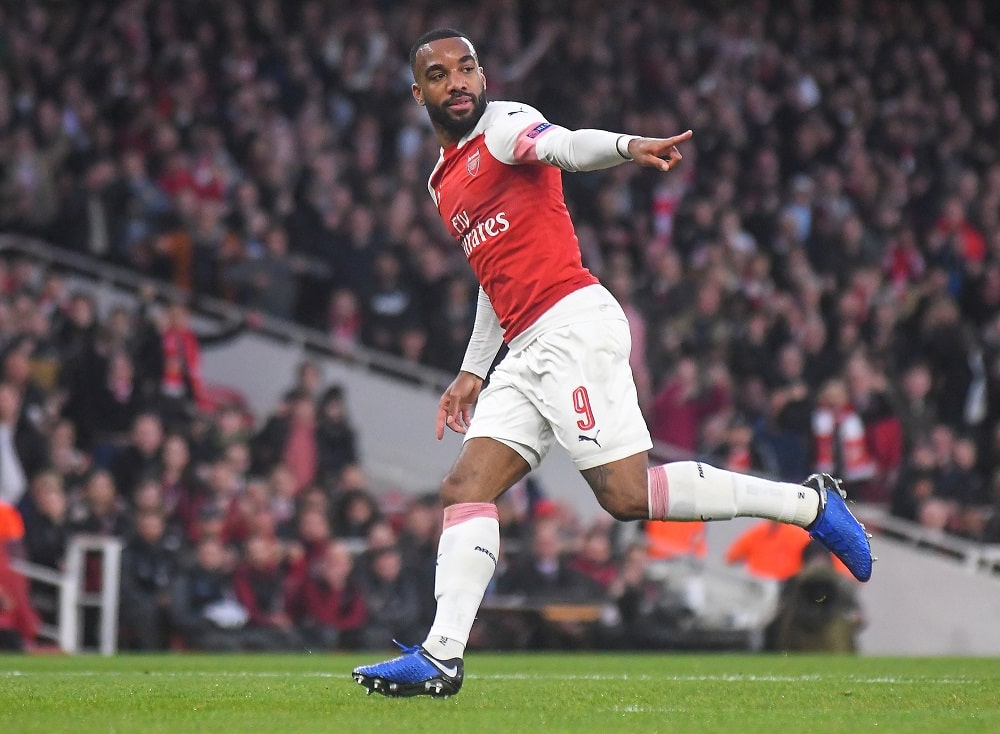 A Martin Odegaard goal and an Alexandre Lacazette penalty in either half helped Mikel Arteta's Gunners come from being a goal down to beat a 10-man Tottenham side in a dramatic North London derby at the Emirates on Sunday.

Get the Latest Free Bets HERE

The Gunners dominated for most of the match except for the finishing stages when Spurs made desperate attempts to find an equalizer.

The Gunners fell behind in the 33rd minute to a splendid strike from Erik Lamela (on for the injured Son Heung-min) when he curved in a magnificent grounder through a maze of defenders to finish beyond Arsenal keeper Bernd Leno and into the far bottom corner.

The Spurs goal came against the run of play in the first half when Arsenal saw Emile Smith Rowe's long-range effort smack against the bar and Cedric Soares finding the post from close. Their efforts paid off on the stroke of half-time when Martin Odegaard's shot was deflected out of the reach of Spurs keeper Hugo Lloris.

Post the break, the Gunners continued where they left off in the first half with Spurs on the ropes and took the lead from the penalty spot in the 64th minute when Alexandre Lacazette missed his kick but was brought down by Davinson Sanchez inside the box.

Lacazette recovered to send Lloris the wrong way for his 12th goal of the season. Spurs suffered a blow when in the 76th minute when Lamela was sent off for a second yellow card. Referee Michael Oliver showed the Argentine the red card after the latter lashed out at Kieran Tierney's face with his hands.

The 10-man Spurs side were now the aggressors with only 14 minutes left as they went in search of the equalizer and almost found one when Harry Kane's free-kick bounced off the post. There was some incredible piece of defending on show from the Gunners when Gabriel headed Davinson Sanchez's goal-bound shot off the line from the rebound off Kane's failed free-kick.

Arsenal, who dropped captain Pierre-Emerick Aubameyang for the game for violations of disciplinary protocols, remain in 10th place despite the win while Spurs are now in the seventh spot and six points adrift of 4th-placed Chelsea with their hopes of a Champions League entry gradually fading.

Manchester United strengthened their place in the Top Four as they moved to second place on the EPL table when they overcame West Ham 1-0 courtesy a Craig Dawson own-goal.

In a cagey contest, the Red Devils had to wait until the 53rd minute to make a deserved breakthrough as Dawson headed Bruno Fernandes' corner into his own net. United who were missing injured strikers Anthony Martial and Edinson Cavani were the more dominant side with Marcus Rashford and Mason Greenwood going close with the latter hitting the post twice.

Rashford saw his glancing close-range header go wide with an empty goal beckoning him in the first half. West Ham custodian Lukasz Fabianski then brilliantly tipped away Greenwood's low shot that headed for the far corner, as the two sides went goalless into the interval.

David Moyes' Hammers went behind eight minutes in the second half when Dawson rose to clear Fernandes's in-swinging corner from the left, only to inadvertently head the ball into his own goal. The Red Devils could have added to their advantage when Fabianski was somehow able to keep out Fernandes's well-struck drive from the edge of the area before Greenwood struck the post after being put through on goal late in the game.

United with the 1-0 Old Trafford win leapfrogged Leicester City, who had moved up to second place with a 5-0 pummeling of Sheffield United earlier in the day. The Red Devils though are still a huge 14 points behind rivals Manchester City who moved to 71 points after they registered a 0-3 away win over Fulham.

West Ham remain on the fifth, three points away from the Top Four but with a game in hand.

Results from other fixtures from Sunday, March 14th