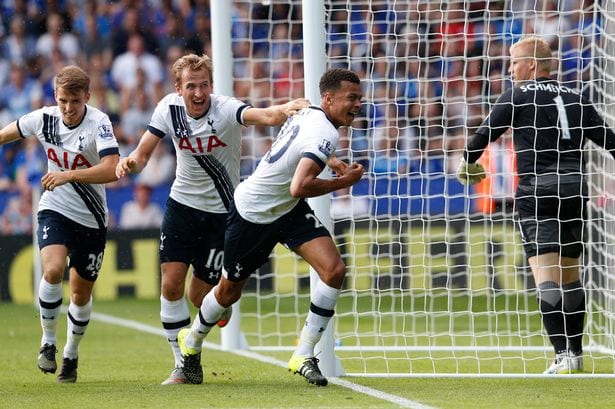 Tottenham Hotspur v Southampton Prediction – White Hart Lane – 19 March, 2017 – English Premier League preview
Southampton may feel relieved at the prospect of not having to run into Harry Kane. Tottenham's talismanic striker (is out for the rest of this season with an ankle injury). When the Saints face the Premier League runners-up on Sunday.

The Saints don't harbor fond memories of Tottenham's trip to St. Mary's Stadium in December. It was when they were bested 1-4 in their own backyard. Kane being one of the scorers.

Coming out of 4 straight defeats Southampton tried rectifying the situation with an impressive 3-0 win over a then-floundering Leicester City. they then slumped to two humiliating defeats to minions Swansea City and West Ham United in January.

The late and recent import of Napoli striker, Manolo Gabbiadini, saw the Saints stage a qualitative comeback of sorts. They produced thumping Premier League wins over Sunderland and Watford. Followed by a stunning entry into the EFL cup finals where they narrowly lost to Manchester United 2-3.

Much of the Saint's crisis is upfront and in the midfield. It can be attributed to their top scorer Charlie Austin, out of action since December. Their key play maker in the midfield, Virgil van Dijk, missing since January thanks to an ankle injury. Gabbiadini is trying to fill up the space that Austin left. He is already Southampton's second highest scorer with an astonishing tally of six goals from just four games.

The Tottenham back-line comprising of folks like goalie Hugo Lloris, defenders Dier, Alderweireld, Walker and Vertonghen who have looked so solid and responsible for as many as 15 clean-sheets this season, will surely be wary of Gabbiadini who has scored in each of his four appearances for his new club so far. Even without Kane around, the Spurs attack seems as potent as ever as demonstrated in their 6-1 FA Cup quarter-final win over Millwall where Son Heung-min scored a hat-trick. Son will be assisted upfront by the likes of Dele Alli, Christian Eriksen, Mousa Dembele and Vincent Janssen.

For the Saints, the onus of attacking will lie with Nathan Redmond, Dusan Tadic and Gabbiadini while Cedric Soares, Jack Stephens, Maya Yoshida and Ryan Bertrand will shore up the defence.

Mauricio Pochettino's men who haven't dropped a single game home at the White Hart Lane in the current 2016-17 season. They aren't likely to be shocked by a Southampton side struggling to find a place in the top-half of the Premier League table.

This will be the Saints' 10th clash against Tottenham after they re-entered the Premier League in 2012, in which time they have managed to register just one win from their previous 9 encounters with the Lilywhites.

Barring something outrageous from someone like Manolo Gabbiadini, the hosts should walk away with this one at the Lane on March 19. The bookmakers' odds overwhelmingly point to that.

Tottenham Hotspur look likely to hold on to the second spot their points tally being 56 from 27 games played. Manchester City who are the third spot with identical points from the same number of games have a much tougher weekend game at hand compared to the Spurs.