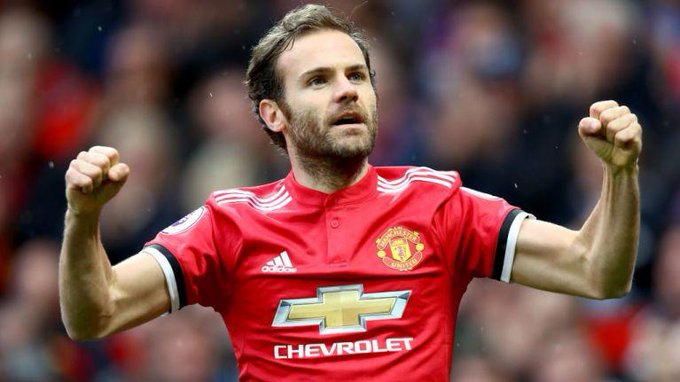 Manchester United midfielder Juan Mata says the club’s triumph in this competition in 2017 was a special moment, and that he’s aiming for more Europa League success

United beat Ajax at the Friends Arena in Stockholm thanks to goals from Paul Pogba and now-departed Henrikh Mkhitaryan to claim the only piece of silverware absent from the Old Trafford trophy cabinet.

“It was the first time the club won this tournament and it was great to beat an Ajax side, who went on to be a great team in the following years,” said Mata, in an interview with UEFA.

“Whenever you win a European competition, it’s special. I hope I can win it for a third time.”

United start their campaign on Thursday evening, hosting the Kazakhstan Premier League champions FC Astana, and teh Europa League could well be a stage where Ole Gunnar Solskjaer’s young side showcase their potential.

Mason Greenwood, Tahith Chong, Angel Gomes, Axel Tuanzebe and James Garner have all been in and around the first team squad, and Greenwood in particular has been singled out for praise on many occasions by his boss, with Solskjaer stating “he’s one of the best finishers I’ve seen, and I’ve played with quite a few decent ones.” Solskjaer (above) also revealed in his pre-match press conference that Greenwood and Tuanzebe will definitely start the game on Thursday night:

“Axel’s going to start. It’s great for us because I have a big squad and we had pre-season, which went really well. Everyone was fighting for places. Then the closer we got to the league, we had to make a decision about the starting XI.”

“He’s still very young, Mason. He’s maturing and he’s developed so much in the last six months since I came in. I remember the kid who just wanted to play with his mates in the Under-18s and now he’s knocking on the door and is ready to play in these games.

Betfred have United as favourites to win the competition at 5/1, with last year’s runners up, Arsenal at 6/1. United will want to get off to a flying start, and are 2/9 to take the three points on matchday one.

If you’re betting on the Football, Betfred