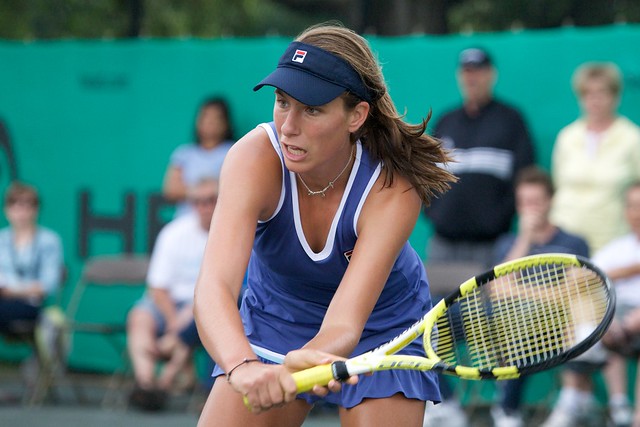 British number one Johanna Konta says she wants more after reaching the US Open quarter-finals for the first time (Konta to win US Open outright 14/1).

The 28-year-old sealed the victory against Czech third seed Karolina Pliskova after coming from one set down.

She was defeated in the first set 7-6 following a tie break against her opponent but rallied back to win the second set 6-3.

In the decider, Konta got the better of Pliskova with fewer unforced errors and advanced through to the last eight.

She has become the first British woman to reach that stage of the Flushing Meadows tournament since Jo Durie in 1983, and says she is delighted with her performance, but admits she wants more from herself.

“I’ve been in the fourth round twice before so reaching the quarter-finals is a massive achievement for me,” she said.

“The key was to keep going, with Karolina you know there will be massive portions of the match where I don’t feel effective.

“I will enjoy this but I have to keep looking forward and try to go one, two or three steps further.”

She will take on Ukranian fifth seed Elina Svitolina in the quarter-finals after she was victorious over home favourite Madison Keys in the last 16 (Konta 11/8, Svitolina 4/7 – US Open 2019 Match Betting).

Svitolina has not dropped a set so far this tournament and will be hoping for more of the same when she takes on Konta on Tuesday afternoon (Svitolina to win 2-0 in sets 13/10).