Evans and Konta could go further in Miami 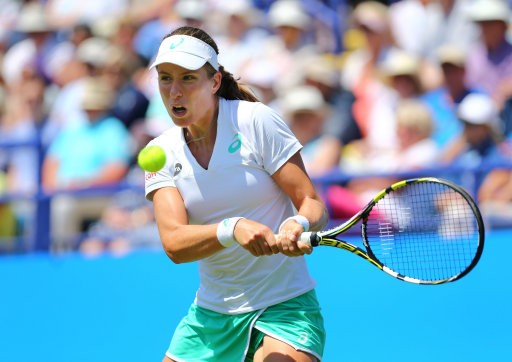 British hopes for success at the Miami Open were boosted by comprehensive wins for Johanna Konta and Dan Evans and both could go further in their respective tournaments this weekend.

The British number one is bidding to win the title for a second time and has recently shown glimpses of a return to the sort of form that saw her reach a high of fourth in the world rankings two years ago off the back of her run to the Wimbledon semi-finals.

Konta (66/1) has a good record in Miami and had won 11 of her 13 matches at the tournament coming into this year’s event.

She recovered from losing the opening game on her serve to beat the qualifier 6-1 6-4 in 69 minutes.

The 27-year-old will play Chinese number 18 seed Wang Qiang – who enjoyed a first-round bye – next.

Evans, meanwhile, was just as impressive in seeing off the challenge of Tunisia’s Malek Jaziri in 75 minutes as he powered into round two.

Playing the 32nd match of a frantic year as he climbs the rankings following a one-year suspension, Evans broke his opponent’s serve six times.

“I was just happy to get the win, it has been a good start to the year,” he said later. “I’m moving probably the best I have moved in my career. I treated the qualies like I had played two practice sets and carried on, treated it like any other match.”

Evans (5/4 match betting) could prove to be a tough opponent for number 20 seed Denis Shapovalov (8/13) in the second round, having won both of their previous meetings.

The Solihull man saw off the Canadian when Great Britain overcame their hosts in a Davis Cup World Group tie in Ottawa two years ago and Evans had previously beaten the left-hander in a Challenger event the year before.