Will PSG forward be fit to face Manchester United? Latest updates ahead of Champions League tie 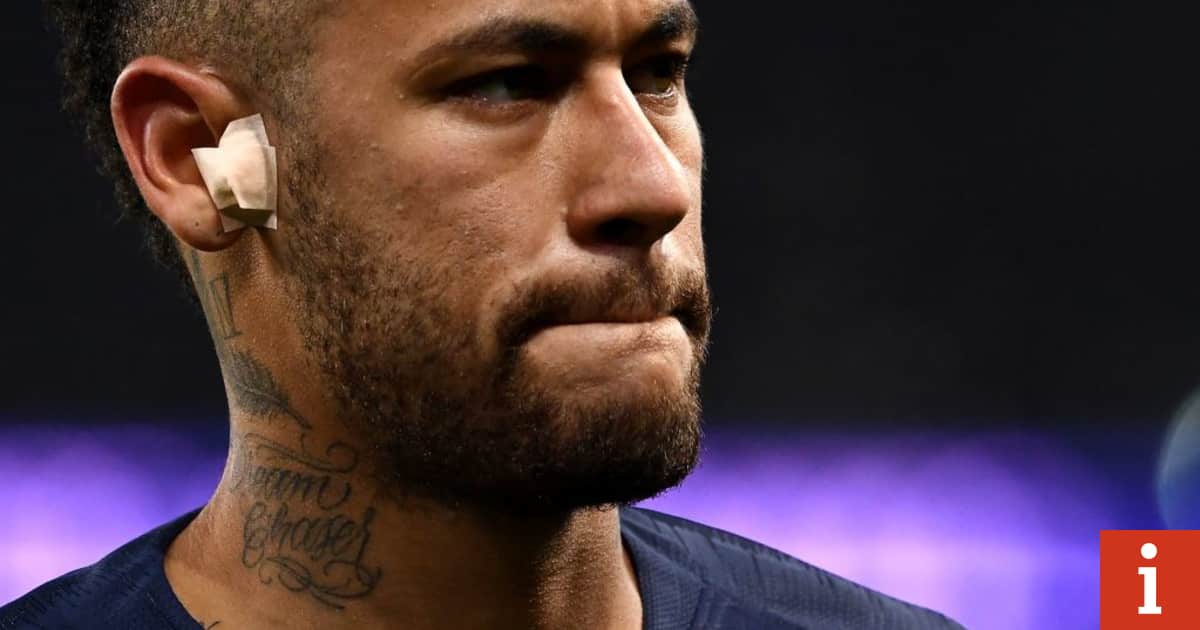 Strasbourg midfielder Moataz Zemzemi was left on his backside after an audacious Neymar rainbow flick caught him off balance on Wednesday.

Seconds prior to the humiliation in front of a riotous Parc Des Princes, Zemzemi had taken three vicious swipes at the Brazilian leaving PSG boss Thomas Tuchel incensed.

Though Neymar exacted revenge by way of public humiliation, he ultimately left the field in tears, succumbing to Zemzemi’s triple blow.

Supporters of Les Parisiens now fear that they could be without their prized asset for their crucial Champions League tie against Manchester United.

Neymar destroys Moataz Zemzemi with a rainbow flick after being kicked by him three times in a row. pic.twitter.com/qIg0DAC6w1

How serious is Neymar’s injury?

PSG released an initial diagnosis of the injury which had fans of the French club concerned that he had broken his foot.

They said in a statement: “The first examinations carried out revealed a painful reactivation of the lesion of the fifth right metatarsal.

“The treatment will depend on the evolution in the coming days. All therapeutic options should be considered.”

But despite the ominous update, it’s thought that the injury isn’t as serious as first feared.

Neymar attended hospital following the incident without the aid of crutches and now Paris-based Brazilian journalist Raphael de Angeli has shed some light on the extent of the injury.

Writing for Globo Esporte, he said: “Good news for Neymar and PSG. The right leg injury suffered in the match against Strasbourg last Wednesday in the French Cup did not affect the screw placed in the same place (the fifth metatarsal) in surgery performed last year.”

Will he be back in time for the Man Utd game?

Should Raphael de Angeli’s report turn out to be accurate, Neymar could be back playing sooner than United fans would have hoped.

Though he will now have to undergo some rehabilitation it sounds like he could be back in contention for the first leg of United’s Round of 16 tie against PSG, which takes place on 12 February.

It is also thought that midfielder Marco Verratti could return for PSG ahead of the Champions League tie, meaning Tuchel could have a full-strength squad to pick from.