The match turning traditional football rivalries on their heads 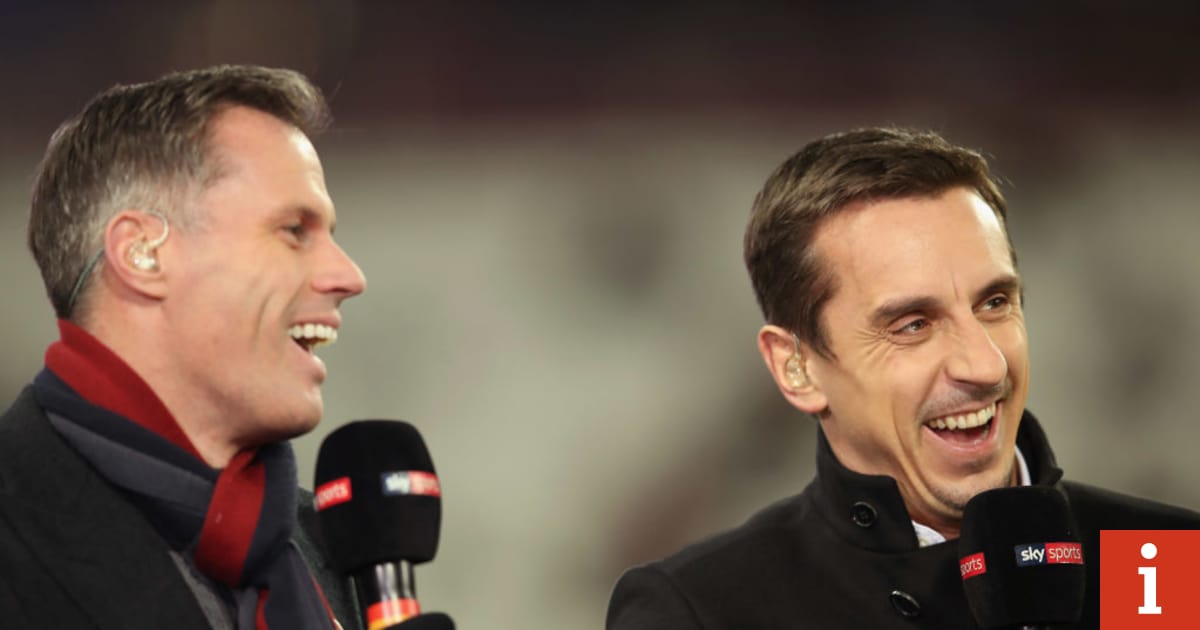 In a brilliant, bizarre twist of footballing fate, City’s trip to Everton on Wednesday night, their chance to retake top spot in the Premier League from rapidly cracking Liverpool, has turned footballing affinities on their head. Bitter rivalries are being set aside for even bitterer rivalries.

And it all appears to centre around football supporters really disliking Liverpool. A handful of Everton fans said on Twitter in the build-up that Everton should sack manager Marco Silva if the team beat City at Goodison Park. It is a sentiment which would’ve sounded outlandish a few weeks ago, but one shared by many Blues now that Pep Guardiola’s side will move ahead of Liverpool on goal difference with three points.

“Every Blue I know has said they WANT to lose!” former Liverpool defender Jamie Carragher said on Tuesday. “Everton always lose at Goodison against United/City when either are going for the league.”

Silva, as you would expect, insists they are uninterested in the title race and will concentrate on their own indifferent form. “My feeling is not on the title race or for us to look to that fight,” Silva said.

“We know our fight, and for sure what our fans want for tomorrow is to win the game, that’s the most important thing. You are talking about one title and it’s not just two teams, I think more than two teams are fighting for this title. There are many games to play and nothing will be decided tomorrow.

“We look for ourselves and we will do everything we can. All the other fights aren’t for us to think about.”

The devil and the deep blue sea

Similarly to the Everton-Liverpool conundrum, a United fan spoke on the radio this week saying how much he wanted City to win. Given City featured so rarely on their periphery until the late 2000s, Liverpool, not far down the M62, grew to become as great — if not greater — rivals, although there are now growing concerns that City could be entering a period of sustained dominance and would, accordingly, become the most hated once more.

Gary Neville summed it up pretty succinctly in his recent podcast. “It is the devil and the deep blue sea for Man Utd fans,” the former England and United defender said.

“So they felt it would be better if City were damaged, if Pep Guardiola only won one title in three years, rather than winning two in three years, than if Liverpool had their moment as they were always going to win one at one point.

“I reflected on it briefly and wondered if they were talking correctly and said, ‘No, I cannot accept it, come on Spurs!'”