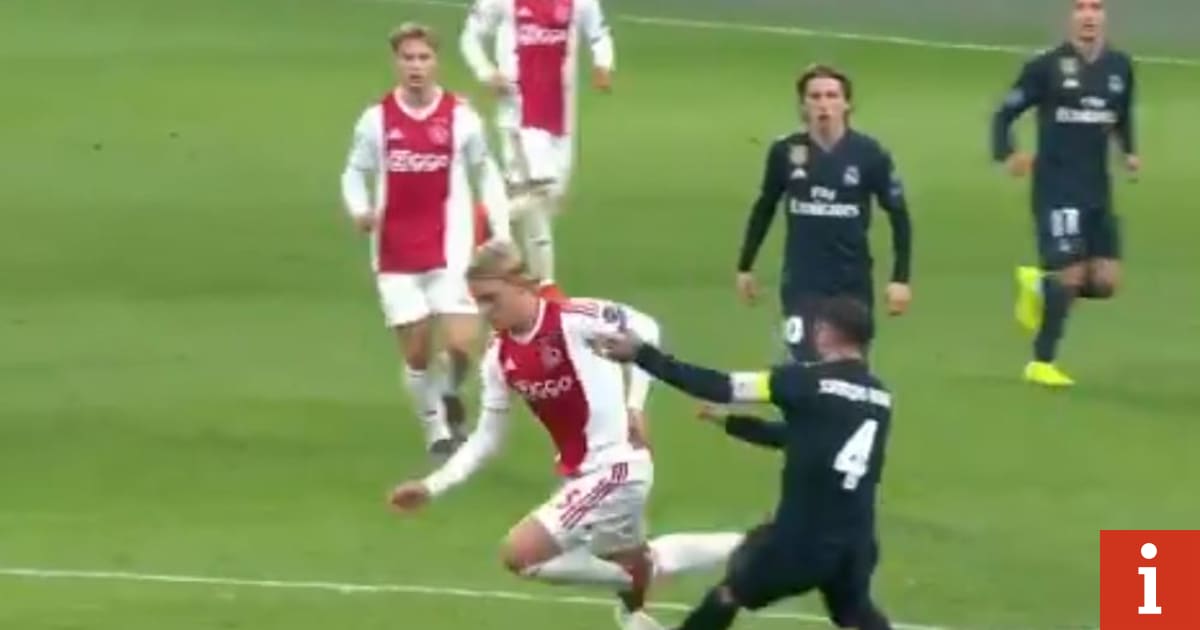 Real Madrid captain Sergio Ramos will miss his side's Champions League last 16 second leg against Ajax after picking up a late yellow card for a foul on Kasper Dolberg.

The Spanish side take a one goal lead into the return fixture at the Bernabeu thanks to Marco Asensio's 87th minute winner.

However, some have raised question marks over Ramos' booking, which came two minutes after the late goal.

"That is very obvious that he was looking to get booked there."

Master of the Dark Arts?

Real will feel confident of progressing to the last eight, thanks to their strong record in the competition, and some have suggested Ramos' foul may have been a deliberate ploy to get suspended knowing he can safely return in time for the quarter-finals.

The veteran centre-back lunged towards Dolberg, missing the ball by quite some way, and took the forward's legs out from beneath him near the halfway line.

“That is very obvious that he was looking to get booked there,” said Martin Keown, a man who knows a thing or two about football's dark arts, on BT Sport commentary.

“Look, he's just gambling everything there [in the challenge]. He knows it's not enough to get sent off and just gets the booking.

More on the Champions League:

Should Ajax's opening goal have stood against Real Madrid?

The 4 Man Utd weak links exposed in defeat to PSG

How Dortmund could line up against Spurs after latest injuries