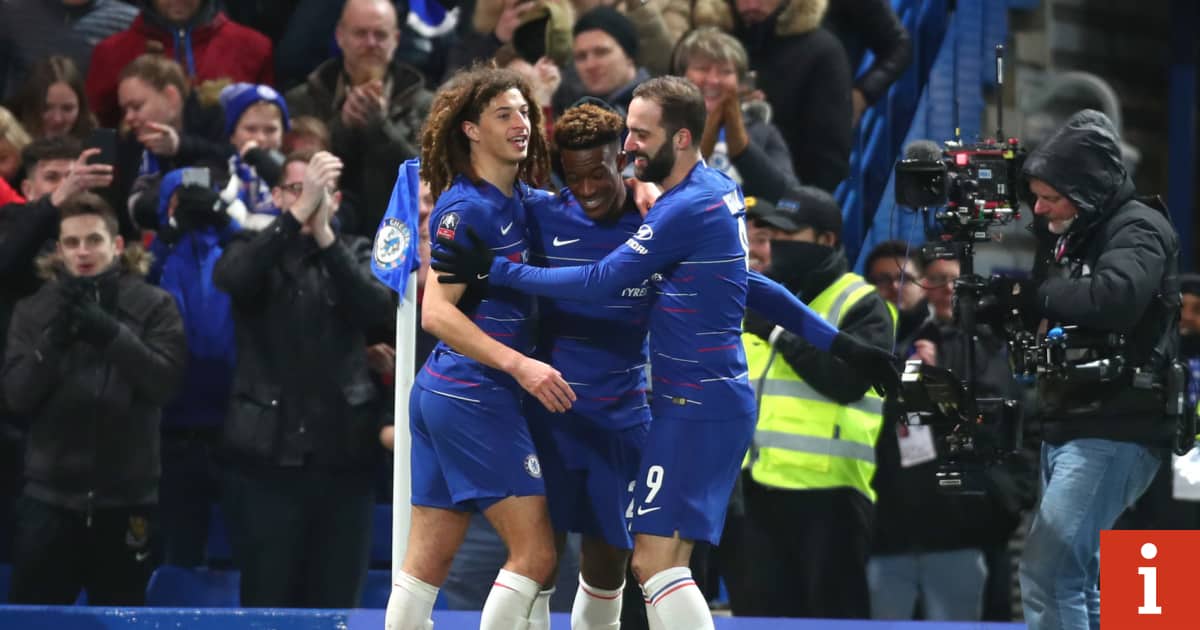 Had nothing to do in the first half whatsoever, before extending that to not being asked to make any saves of note throughout the entire 90 minutes. A simple outing for the veteran, who barely broke a sweat.

Won a penalty for the home side after receiving a nasty set of studs on the ankle from Hutchinson, and was a constant outlet in possession. Provided the defensive basis for Hudson-Odoi to have plenty of license to get forward without having to worry about his defensive responsibilities.

Very simple evening for the German defender, who had the measure of his opponents with ease. Simply had to always be an option for his teammates in possession, as off the ball Chelsea were asked very few questions defensively.

Lifted a great ball over the top to allow Hudson-Odoi to get in behind Fox and double Chelsea’s advantage, in what was a very comfortable evening for the Danish defender. Easy performance for Christensen, who simply coasted around.

Kept things ticking over and was reliable in possession, not taking too many risks but ensuring that Chelsea were dominant and enjoyed the lion’s share of possession all evening. Solid but unspectacular from the England international.

Unafraid to try his luck with a long-range effort in the early stages. Almost gave away a penalty, but a VAR review overturned the decision due to seeing that the young Welshman got a foot in ahead of Pelupessy. Another promising run out from the youngster.

Went on a couple of good driving runs through midfield, providing some energy in the middle third of the pitch.

Keen to try and front up his man in one-versus-one situations whenever he could. Made it 2-0 to Chelsea, tucking a finish beyond Westwood after getting beyond Fox courtesy of a neat ball in behind and a great first touch. Played a good ball to open up play in the build-up to his side’s third of the night.

Made his full debut for Chelsea after completing his loan move from Juventus this week. Showed some nice movement in the build up to an early half chance, as well as some neat first touches to set himself. Had several sniffs of goal and moved well, appearing to have some reasonable chemistry with those supplying him already. Held onto possession well and picked his passes with composure.

Sent Westwood the wrong way to guide a penalty effort into the back of the net to put Chelsea 1-0 up, using his senior position in the squad to take the duty away from debutant Higuain. Tucked home his second goal of the game in the last 10 minutes, playing a neat one-two with Giroud and guiding a finish into the back of the net from just outside the box.

Keen to search for the ball and get on it as much as possible in the dying stages. Added fresh legs for a dominant Chelsea side that were going through the motions as the game wore on.

Replaced Higuain as a like-for-like change in the last 10 minutes of normal time. Picked up a quick assist, playing a one-two wall pass with Willian to tee the Brazilian up for his second of the evening.

Given some late minutes at the base of midfield, as Sarri looked to calm things down and put in a trusted general to see a sealed match out.

Was sent the wrong way by Willian from the penalty spot for the game’s opening goal, but should have done better with Chelsea’s second. The Irishman could only parry Hudson-Odoi’s effort inside his near post, when perhaps he should have got a stronger hand to it.

Offered nothing going forward whatsoever, as Sheff Wed sat deep and ensured that their full backs were part of the defensive unit and focused first and foremost on frustrating the opposition. Worked hard but couldn’t match up against the quality of Willian.

Made a great block in the early stages, as the Sheff Wed captain read a run from Higuain well before blocking a shot from the Argentine striker. Tried to keep things organised and ensure that his unit was compact and tough to play through, but the Blues made their quality tell.

Given the unenviable task of standing up to Hudson-Odoi at left back, doing his best to jockey his man with some midfield help. Allowed the teenager to get in behind to double Chelsea’s advance, but would have been dead on his feet after the amount of chasing and jockeying he was asked to do by the end.

Sat in incredibly deep at centre back, asked to deal with any aerial balls while keeping an eye on the slippery Higuain. Sheff Wed’s central defenders were protected by sheer numbers and therefore protected the heart of their penalty area reasonably well.

Dropped very deep throughout, as an attempt to ensure that Fox didn’t get caught out or exposed at left back for the visitors. Didn’t offer anything much going forward at all, before being replaced after putting in a hard shift.

Conceded a penalty against his former club on 25 minutes, after clumsily stepping on the ankle of Azpilicueta. Very fortunate to them escape a yellow card for a very similar, nasty challenge ten minutes before the break. Untidy in the tackle and won’t be remembering his return to west London too fondly.

Neat and tidy, using his strong left foot to pick out some interesting passes to try and bring the away side upfield at Stamford Bridge. Tried his luck from range in the last 10 minutes, but saw a tame effort sail a long way wide of Caballero’s left-hand post.

Almost won his side an undeserved penalty, had it not been for the intervention of VAR, but otherwise spent his time pegged back in his own half and doing the dirty work of chasing, harrying and frustrating the home midfield.

Struck the outside of the post with an intended cross early in the second half, after one of Sheff Wed’s only decent passages of play up until that point of proceedings. Enjoyed a bright start to the second half, managing to run and get at Marcos Alonso.

At times sat just 30 yards from his own goal, dropping incredibly deep to help out his midfield and to remain compact. Worked hard to chase lost causes and to try and make life a little bit tougher for Chelsea, but as a lone striker it was incredibly tough for the Scot to make an impact on or off the ball.

Brought into the game as Sheff Wed’s first change with around 20 minutes of normal time left to play. Didn’t make an impact of note.

Replaced Fletcher up top and was asked to simply take up the same role of working hard, dropping deep if needed and chasing lost causes.

Injected some fresh legs into a Sheff Wed side that were tiring thanks to the commendable effort they’ve put in all over the pitch, but made no impact due to how in control Chelsea were throughout.