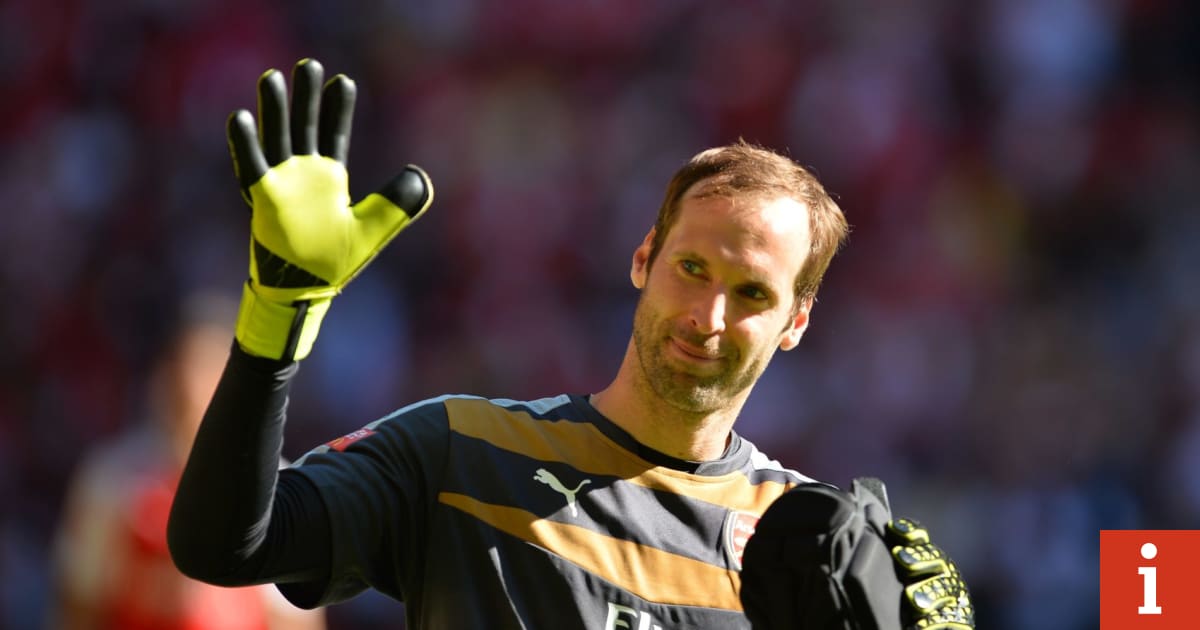 There is a famous quote from the memoir Speak, Memory by Russian-born author Vladimir Nabokov, in which he describes what it is to be a goalkeeper. Writing about his obsession with the position as a young man, Nabokov states: “In Russia and the Latin countries, that gallant art had been always surrounded with a halo of singular glamour. Aloof, solitary, impassive, the crack goalie is followed in the streets by entranced small boys. He vies with the matador and the flying ace as an object of thrilled adulation. His sweater, his peaked cap, his kneeguards, the gloves protruding from the hip pocket of his shorts, set him apart from the rest of the team.

“He is the lone eagle, the man of mystery, the last defender. Photographers, reverently bending one knee, snap him in the act of making a spectacular dive across the goal mouth to deflect with his fingertips a low, lightning-like shot, and the stadium roars in approval as he remains for a moment or two lying full length where he fell, his goal still intact.”

Swap out the peaked cap for a padded helmet and this would sum up the essence of Petr Cech almost perfectly. Along with Russia and Latin America, were he alive today, Nabokov would have to recognise the Czech Republic for its human contribution to the art of goalkeeping. Cech, who has won the Czech Footballer of the Year Award an unprecedented nine times and has a record 124 caps for his national team, has been one of his home country’s favourite sons since he left Sparta Prague for Rennes in France and then, two years later, in 2004, moved to Chelsea. It is in England that Cech has written his legend, however, over the course of the last 15 years in the Premier League.

Behind an adamantine back four of John Terry, Ricardo Carvalho, William Gallas and Paulo Ferreira for much of his first season at Chelsea – not to mention Claude Makelele just in front of them – Cech truly was the last defender. The sight of him smothering an attack as Terry herded some unsuspecting striker towards the safety of his outstretched gloves was soon seared onto supporters’ retinas.

The head injury Cech suffered against Reading in 2006 – a skull fracture he sustained after a follow-through from Stephen Hunt and which seriously threatened his life – only added to his air of invincibility, his man of mystery status, when he returned to action. His lack of fear, the way he faced shots, the way he threw himself full length on the pitch: Cech seemed like a goalkeeper-come-hero to many, not least at Stamford Bridge where he won four league titles, numerous domestic cups and, in 2012, his crowning triumph, the Champions League.

From his first few years with Chelsea until at least the turn of the decade, Cech was doubtless one of the best goalkeepers in world football. Even afterwards, as his powers slowly declined, he was still capable of performances that would embarrass most other players in his hallowed position. When he eventually found his game time diminished by the emergence of Thibaut Courtois, his move to Arsenal was greeted with thrilled adulation and high hopes at his new club. Behind a far less cohesive defence Cech was more prone to concessions and errors, though he still won the Premier League’s Golden Glove come the end of the 2015-16 season. Given the state of the back line in front of him for much of that campaign – Gabriel, anyone? – that was no mean feat.

His last few seasons might be described as his lone eagle phase, Cech increasingly isolated among Arsenal’s defensive chaos. It is testament to the reverence in which he is held that Arsenal fans, the Premier League’s great complainers, have always seemed reluctant to single out Cech for criticism. Still, having played his part as the Gunners won the FA Cup in 2017, Cech’s cachet has been strengthened, not diminished, in north London. There are few players who can claim to have represented both Chelsea and Arsenal and to be admired regardless of tribal divisions.

Cech’s announcement of his retirement at the end of the season has that strange sense of the momentous about it. His intention is clearly to depart with his goal and his powers intact, rather than to drag things out until the natural deterioration which comes with age plays a major part in how fans remember him. Helmet on, sprawled across the grass, gangly frame diverting some shot away from the goalline – inherently recognisable in everything he did – Cech will be remembered as one of the defining figures of his era. He has been the last defender, the man of mystery, the lone eagle, reminding us all that goalkeeping is a genius and romantic discipline.