Home Sports Betting Mike Brown is spending £2,000 a month and consulting Jonny Wilkinson to win back his England place
1.

Mike Brown is spending £2,000 a month and consulting Jonny Wilkinson to win back his England place 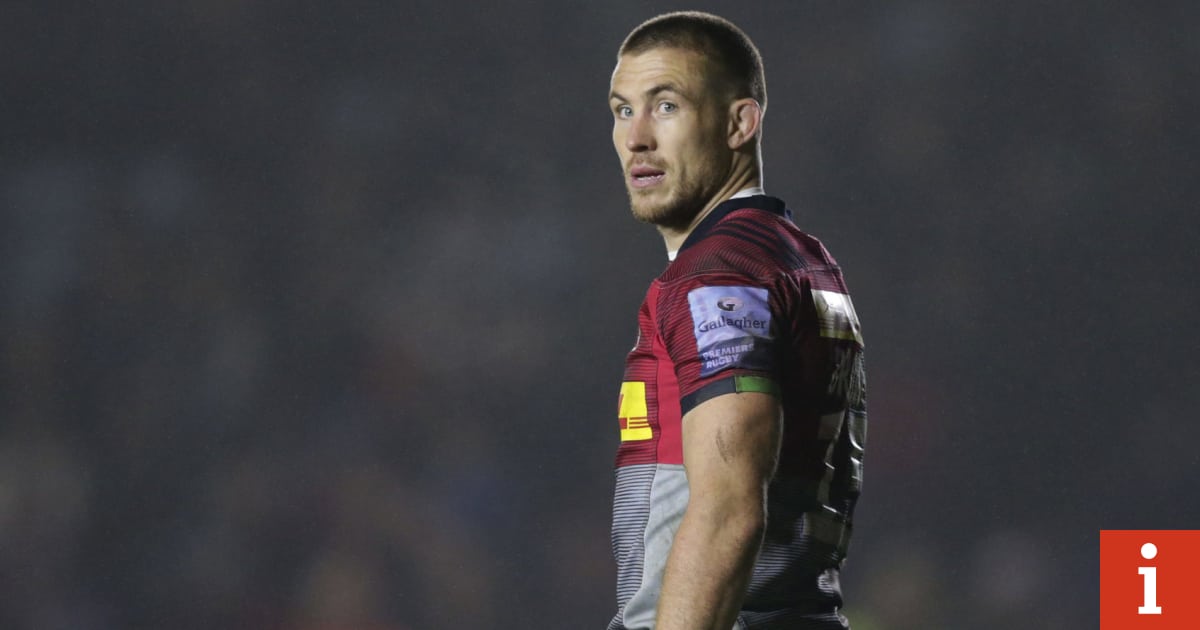 Mike Brown is doing everything in his power to win back his England place, spending close to £2,000 a month on a network of advisors, while consulting former great Jonny Wilkinson for the kind of counselling money cannot buy. “You want to give it your all while you’re in a sport for a short amount of time,” says Brown, as he describes how he was “frustrated and upset” at being dropped from the national team in November. “I’m still desperate to play for England.”

Brown turned 33 in September. Earlier this month he beat Harlequins’ all-time record for appearances by playing his 308th match for his only senior club. In between those landmarks, he was in the England squad for the four autumn matches with South Africa, New Zealand, Japan and Australia at Twickenham but not picked for any of them. The thought of getting stuck on 72 caps was much more painful to Brown than the bloody black eye (from an opponent’s knee in at Newcastle) adorning the full-back when we meet not long before his place in the England squad for the forthcoming Six Nations was confirmed by head coach Eddie Jones, and with it a renewed shot at playing in the World Cup later this year.

“One thing I have always done is look after myself pretty well,” Brown says. “It takes a lot of time and money and planning – but it is worth it.” He works on speed and power and “body functionality” with renowned trainer Margot Wells at her gym in Guildford and a running track near Brown’s home in Cobham, and he sees various physiotherapists and James Davies, a masseur who has top British athletes including Mo Farah among his clients. Then there is someone closer to home – Brown’s father-in-law, Tony Woodcock, the former England and Nottingham Forest footballer. They have done after-dinner speaking engagements together.

“We call it ‘old school football meets new school rugby’,” says Brown. “I talk about coaches I’ve worked with – Dean Richards, Stuart Lancaster, Eddie Jones. And he talks about his – Brian Clough at Forest being the obvious one. He’s got a few stories. Tony went to him asking if he could play a certain position, sat behind the striker. Clough said something like ‘you’re obviously not good enough to be a striker or a midfielder then’. It was more the way he said it; Tony can do the impression really well.” And Brown’s best Dean Richards story? “I was much younger when Deano was at Harlequins; I dodged him as much as I could. On team socials, he’d have a game of a one-inch punch. You’re in a circle and you punch someone on your left or right. He just wanted to see how tough you were. In one-on-one appraisals, there was an academy kid who was too quiet, and Deano made him sit in the room next door and shout his answers through the wall.”

Brown has faced down many challenges, none more so than seeing his father wheelchair-bound due to multiple sclerosis. Brown himself needed five months out of rugby in 2015 after bouts of concussion – Woodcock advised him from bitter personal experience not to go to a tournament with England while carrying an injury. “I prefer to speak to people who have been there, done it, rather than use a sports psychologist,” Brown says. “I speak to Jonny Wilkinson when I need to. He’s a legend and he comes into the England camp a lot and I speak to him, loads. He has started a family now so that’s something we have got in common [Brown and Woodcock’s daughter Eliza have a son, Jax, aged 16 months].

“I am lucky with the network I have got,” Brown says. “Tony gives me great advice, and looking at Margot and James and supplements, things like that, the monthly spend is close to a couple of thousand pounds. It is not cheap but it is worth it. The hard bit is the planning when you have a young family. I want to spend time with my wife and my son. I try and do my sessions when he is at nursery or has gone down for a nap.”

Brown’s recent form has been superb, particularly his facility under the high ball which could be a weapon used by Ireland against England on 2 February. “I was frustrated and upset, and disappointed with myself,” Brown says of the November snub, when Elliot Daly was picked in his favourite full-back position. “But then you go back to your club and play as well as you can for them. I am really enjoying my rugby and I feel that’s showing on the field. That’s partly the excitement of a fresh start this year under Gussie [Harlequins’ new head coach Paul Gustard]. The club were in a massive hole last season and I was trying to fix the world and making more errors. I felt I needed to help Marcus Smith a lot, even though he was playing phenomenally well. And when the team are playing bad, the guys who are picked out are the internationals, and you get that peppering. It was stressful and it was tough.

“To be fair, Eddie can see that, he appreciates it. He is an honest and frank person and you have to be honest and frank with him. He complimented me on how I played against Saracens [in October]. He tries to get you back to focussing on yourself and backing yourself, and bringing to the field what you know you can bring.”