Leandro Paredes to Chelsea? Why Zenit midfielder with Italian connection could benefit from ‘Sarrismo’ 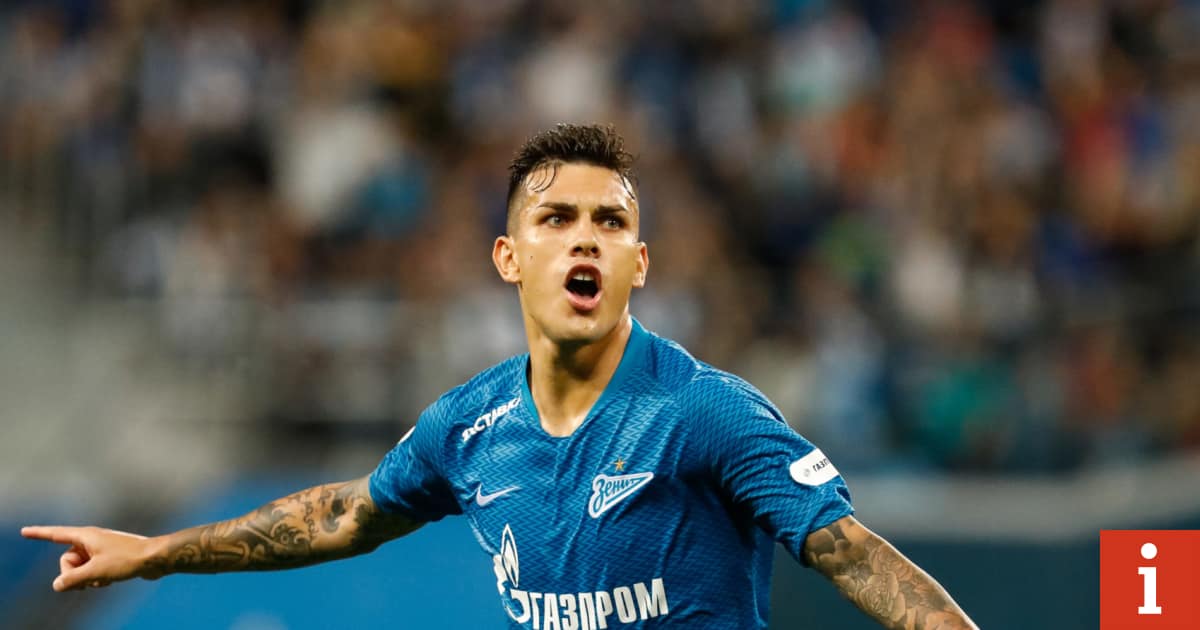 Maurizio Sarri doubtless knows Leandro Paredes well from his time in Italy. Having moved from boyhood club Boca Juniors to Chievo in 2014 and then, after an injury-hit few months, on to Roma, Paredes was breaking through with the Giallorossi at a time when they were in direct competition with Sarri’s Napoli for the Scudetto and a Champions League place.

Having remained on the fringes during his first season with Roma and then been loaned to Empoli in 2015 – the club where he first started to make major headway – the young Argentine became a crucial player at the Stadio Olimpico during the 2016-17 season, at the end of which Roma would finish an agonising four points behind Juventus (who else?) and one ahead of Sarri’s side in a three-way hunt for the title. As a Roma team featuring familiar names such as Wojciech Szczesny, Mohamed Salah and Edin Dzeko beat Napoli on the road in October – a result which would ultimately define their respective league positions – Paredes played the full 90 minutes in the midfield, and was booked for a nasty foul, as Sarri stood smoking and observing from the sidelines.

Linked with Juve and Bayern Munich come the end of the season, Paredes’ move to Zenit St Petersburg in the summer of 2017 left much of the Serie A commentariat baffled. While money no doubt played a significant part in his decision – as is almost always the case in football, in fairness – his Italian connection was another contributing factor. Roberto Mancini, Inter Milan manager during Paredes’ formative seasons, had just been made Zenit boss in what was widely seen as an ambitious appointment by the five-time champions of Russia. On signing for Zenit, Paredes said: “The coach was very important for my choice to come here. After speaking with Mancini, that really pushed me towards this decision and helped convince me the most.”

Frustratingly for Paredes, Mancini’s tenure as Zenit boss did not go to plan. He was one of five Argentine players signed in the summer along with Matias Kranevitter, Emiliano Rigoni, Sebastian Driussi and Emanuel Mammana, this in a major overhaul costing around £60m which was expected to see Zenit fight for the title after consecutive third-place finishes. Instead, the team failed to gel and ended up finishing fifth in the Russian Premier League, missing out on Champions League qualification. Mancini departed for the Italian national team, leaving Paredes to fend for himself. He also missed out on the final cut for the Argentina squad which Jorge Sampaoli took to the World Cup.

Inevitably, Zenit’s Argentine contingent took heavy criticism for their contribution to a disappointing domestic campaign. Zenit fans – not known for their love of outsiders – failed to warm to them, while that autumn, in reference to Zenit’s squad more broadly, Vladimir Putin remarked: “You’ve got eight foreigners running around the pitch, playing for Zenit in the Europa League, well done.” Thankfully for Paredes, things have improved somewhat this season. Under new boss Sergei Semak, Zenit are currently top of the league though closely followed by FC Krasnodar and CSKA Moscow.

Zenit’s title challenge could face major upheaval should Paredes leave this January, given he has featured in all but two of their league matches so far. That looks increasingly likely, however, with widespread reports that Chelsea have submitted a firm bid for his services worth £31.2m. Having left Roma as one of the most highly rated youngsters in Italy, Paredes’ career has drifted a little at Zenit. Still only 24 years of age, he could probably do with a new challenge and Chelsea would represent a presentable opportunity for him.

While Paredes has been hailed in some quarters as a Cesc Fabregas replacement, his profile is quite different to the man who has just departed for Monaco. While he can play further forward, Paredes seems to have settled into the role of deep-lying midfielder. With a decent passing range and some of the attributes of a playmaker, he could be a useful cog in the ‘Sarriball’ machine. Sarri may have some problems ironing out his discipline, however, with Paredes picking up eight yellows and a red card for Zenit this season along with two further cautions with the Argentine national team.

In one of the stranger stories from his time in Russia, Paredes was accused of deliberately incurring his red against Terek Grozny in early November so he could watch his beloved Boca in the first leg of the Copa Libertadores final. He dismissed this as “something that was invented in Argentina”, but Sarri might want to keep one eye on Boca’s fixture list. Confected controversy aside, Paredes would add to an area of the squad which Sarri has openly said needs strengthening. Speaking after Chelsea’s 2-1 win against Newcastle last weekend, he said: “Today Jorginho was in trouble and on the bench there wasn’t a player for that position. I need an option for Jorginho.”

Paredes would certainly provide robust competition for the tempo setters in Sarri’s midfield, giving both Jorginho and N’Golo Kante something to think about. He is not without risk as a signing, however, given his mixed impact in Russia and his disciplinary issues. With his days as the darling of Serie A well behind him, Paredes might benefit from a little ‘Sarrismo’ in his life to help recapture that sense of promise and potential. Sarri, meanwhile, may think back to that game between Napoli and Roma, to smoking and watching on from the sidelines as Paredes helped to secure a decisive win.