‘I thought I was just sweating,’ says Tom Curry of gaping head wound against France 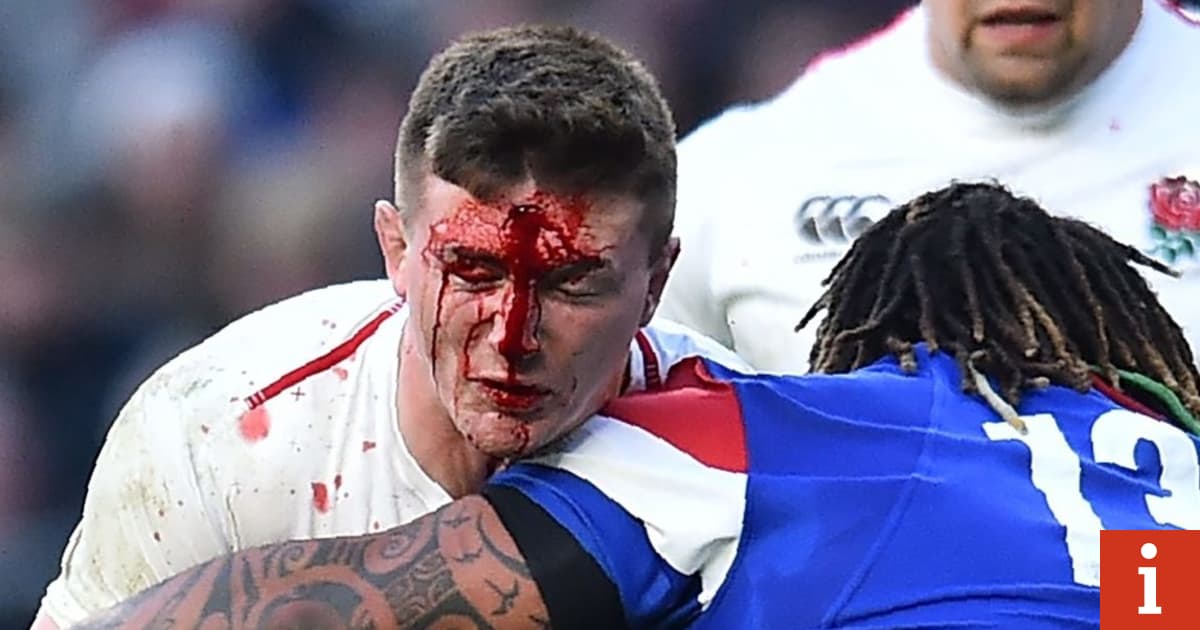 The set of six stitches arranged in a neat line across the middle of Tom Curry‘s forehead on Thursday was not the reason why England‘s openside flanker was describing himself as the “Frankenstein” of the Six Nations‘ bang-in-form team.

“I’m not a fan of just focusing on one person because obviously you’re your own person and have your different traits,” the 20-year-old Curry explained as England took a break from a London-based training camp before next week’s pivotal match away to Wales. “I just look at everyone’s individual games, taking little bits and forming almost like Frankenstein – you take bits that you might enjoy and push away stuff that you don’t. There’s definitely aspects that you can take but you’ve got to realise what’s good for you.”

It was not quite clear whether Curry saw himself as the mad Baron of the piece, or as the monster built of other people’s working parts – he name-checked modern flanker greats including Francois Louw of South Africa and Australia’s Michael Hooper, David Pocock and George Smith, the last of whom offered tips to England in the days before Sunday’s 44-8 battering of France at Twickenham that made it two impressive wins from two in this year’s Six Nations.

But the thrust was obvious – that Curry is taking those influences and combining them with his own natural pace and belligerence to great effect. “it was a brilliant experience,” he said of the meeting with Smith, who is currently playing for Bristol in the Premiership.”It was a five- or 10-minute conversation and that’s worth a lot in terms of experience.”

‘It wasn’t painful at all’

As for those stitches, Curry has had some explaining to do to Susie, his long-suffering mother, and some catching up to do on English sporting greats. He had a gaping wound opened against the French when Curry, by his own admission, ” just head-butted the full-back”. (It was actually the wing Damian Penaud, although given the ragged state of France’s back three, any misidentification was understandable). “I thought I was just sweating,” said Curry, who needed the opposing No 8 Louis Picamoles to point out the red stuff pouring down his face. “Then it came up on the big screens and the whole crowd went ‘oooh’. It wasn’t painful at all.”

The resulting images of a white England shirt stained almost completely scarlet put some in mind of football captain Terry Butcher’s similar injury in a match against Sweden 30 years ago.

Blood is more common in rugby, of course, but Mrs Curry was still enquiring after her son’s health two days later. So has she pleaded with him to wear a scrum cap? “Only for the last 20 years,” said Curry, who is the youngest forward in the Six Nations. “I don’t like scrum caps. But Ben [his identical twin and fellow Sale Sharks back-rower] says [the resulting scar] will help people tell us apart.”

‘Right on top of it’

As the shirt went straight into the washing machine, rather than being kept as a gruesome souvenir, and Curry predicted the stitches will be out by the time his side rolls into Cardiff on Saturday week, the healthy state of England’s breakaway forwards was under discussion.

It had been a blow to lose Bath flanker Sam Underhill to inury after his breakthrough performances in the autumn, but on the upside No 8 Billy Vunipola has returned, and the England back row of Vunipola, Curry and blindside Mark Wilson has flourished, and sorted out the breakdown cock-ups of last year’s Six Nations – although the Welsh will be expected to provide a fresh test.

Curry added: “Attacking the breakdown has been such a huge topic for us. It’s been a huge squad effort. Obviously as a back-row you’re a bit more involved, but as a squad collective everyone’s been right on top of it.”

There was a new injury concern for England, as Leicester’s Ellis Genge limped out of training with an ankle problem. Genge’s fellow losehead prop Mako Vunipola is already out of the championship with ankle damage sustained against France.