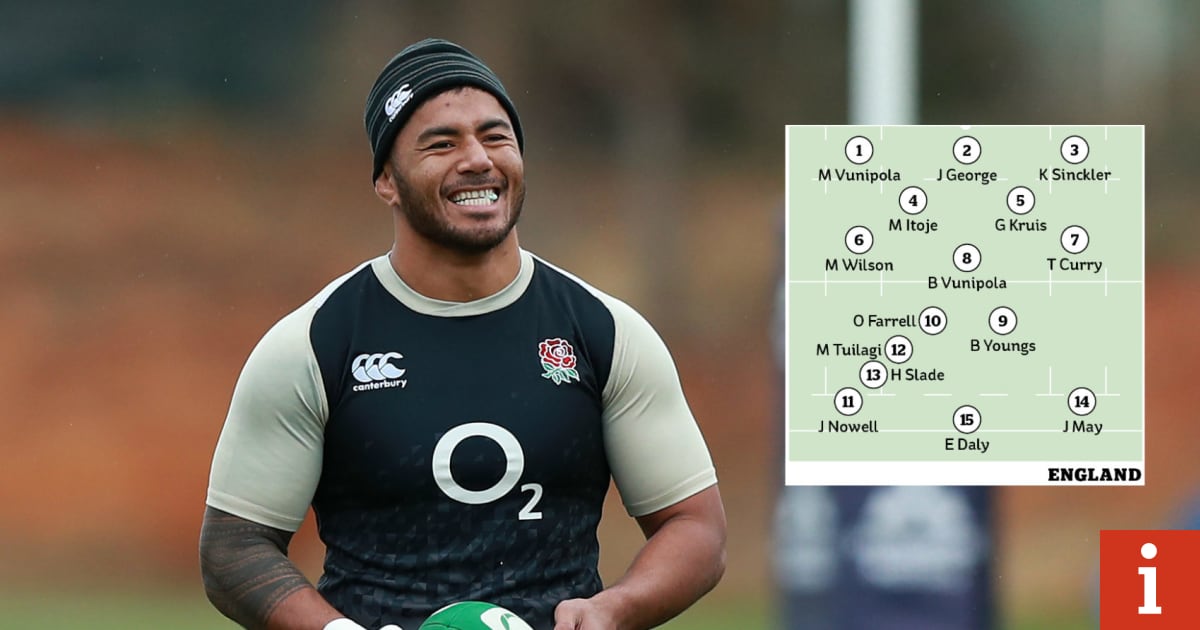 Eddie Jones has named his England side to face Ireland in Dublin on Saturday for both sides’ opening fixture of the Six Nations. Elliot Daly starts at full-back, with Jonny May and Jack Nowell on the wings.

The Vunipola brothers, Mako and Billy, return to the pack, with Mark Wilson and Tom Curry the starting flankers. George Kruis is selected in the second row alongside Maro Itoje.

Manu Tuilagi will start in the centre alongside Henry Slade, with Owen Farrell continuing at fly-half. George Ford, Chris Ashton and the uncapped scrum-half Dan Robson are the replacement backs but there is no room for veteran full-back Mike Brown.

Unveiling his side for Saturday’s match in Dublin, Eddie Jones said: “I think it is quite clear to beat Ireland you have to beat them in the contest area.

“They are very good at the breakdown and in the air, both those areas are a priority for us. Traditionally England and Ireland games are always very close, they are tough affairs, there is a lot of emotion in the games so our ability to finish the game strongly is going to be vital.

“It is well documented no one thinks we can win, but I can tell you everyone inside our camp believes we can win. We are hugely looking forward to the weekend.”

He added: “This camp has been vitally important for us to get our understanding on how we want to play the game. It has been also enormously important for us is to get that togetherness off the field and the senior players and staff have been working very hard in those areas. We have a great group of players, hardworking and a good mix who have come together really well.”

England travel to Dublin in the knowledge they will face the form side in World Rugby in what has been billed a possible tournament decider. Joe Schmidt’s Ireland side are favourites to win the tournament after a Grand Slam championship victory in 2018 and an autumn demolition job of New Zealand.

After a poor 2018 championship, finishing fifth after losses to France, Scotland and Ireland, England showed mild improvements in the autumn by registering victories over South Africa, Japan and Australia. A fierce contest with the All Blacks, probably their best performance, was lost 15-16 with a try disallowed controversially.

Read more: Maro Itoje: ‘England should be the No 1 team’

In terms of Ireland’s strengths, much has been made of the precise kicking game of half-backs Johnny Sexton and Conor Murray, with England’s response to this aspect of the game viewed by some as crucial to the outcome of the match. However, to label Ireland a boring side with only one plan would do them a disservice – as they showed in the autumn they have the capacity to dismantle sides with a number of different game plans.