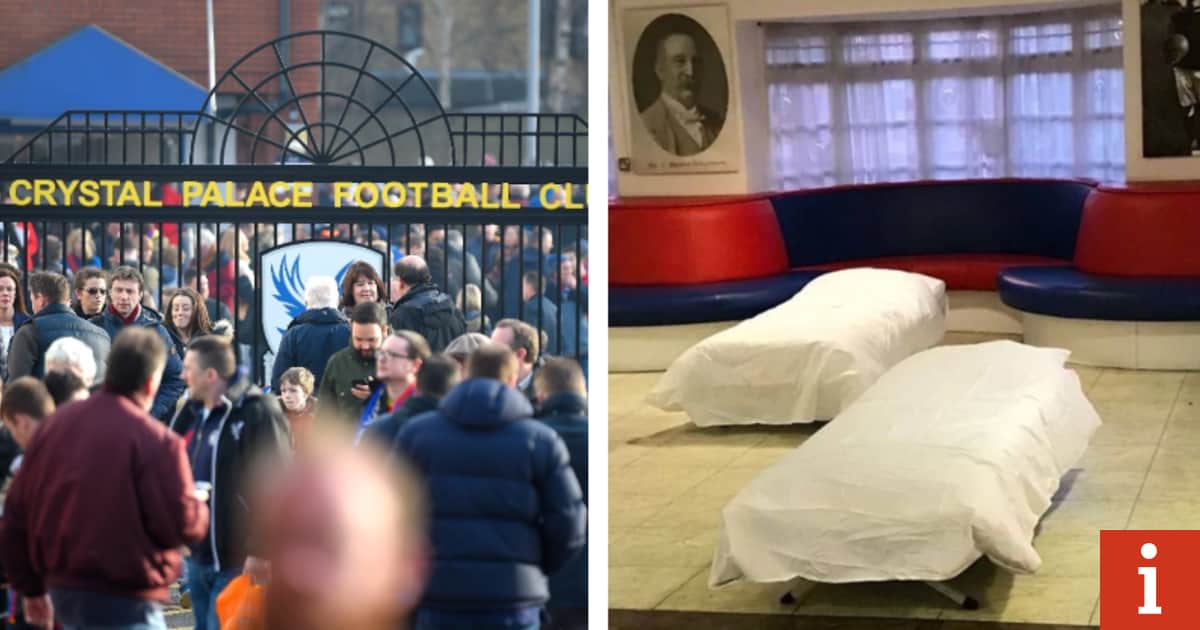 As temperatures across the UK plummet to below zero, it can be a desperate time for rough sleepers.

However, one Premier League club has stepped up to offer emergency shelter when temperatures dip below freezing.

Crystal Palace FC, currently sitting at 14th in the league, first opened up one of their lounges for use on Thursday, as part of a partnership with the local council.

More than 3,000 people across London are believed to be sleeping rough, and councils have a legal obligation to provide shelter in sub-zero conditions.

‘We want to be a force for good in the community’

Speaking about the partnership, which can accommodate up to ten people, club chief executive Phil Alexander said Crystal Palace wanted to be a “force for good in the community”.

“We are delighted to be collaborating with Croydon Council to ensure that rough sleepers can find emergency shelter in the event of severe winter weather,” he added. “We are happy to do our bit to help those most in need.”

One of the lounges at Selhurst Park has been fitted out with camp beds, and those staying over will also receive a hot meal, breakfast, and be able to use washing facilities.

The space will be returned to normal club use in the mornings, and when the team plays home games rough sleepers will be referred to other emergency shelters.

Support workers will also be on hand to try and get those using the shelter into longer-term accommodation and offer financial advice.

Speaking about the announcement, Croydon Councillor Alison Butler said: “Freezing temperatures are a particular safety risk for rough sleepers and this is a wonderful gesture by Crystal Palace for helping us reduce that risk.

“I do hope that the actions and support of our local Premier League football club will encourage more businesses in Croydon to get in touch and do what they can to help us address homelessness.  Crystal Palace are setting a standard for other clubs to follow.”

Eight people used the shelter on Thursday night, the first time it was opened, and the gesture has already gone down well with fans across the board.

Crystal Palace are letting the homeless sleep in their stadium when the temperature gets to freezing. Imagine if every league club did this, it would make such a difference 👏🏼

“In an era where top level football is all about money, it is great to see clubs doing their bit for the community,” said one.

“Imagine if every league club did this,” added another. “It would make such a difference.”