Big-race spotlight on a cracking day 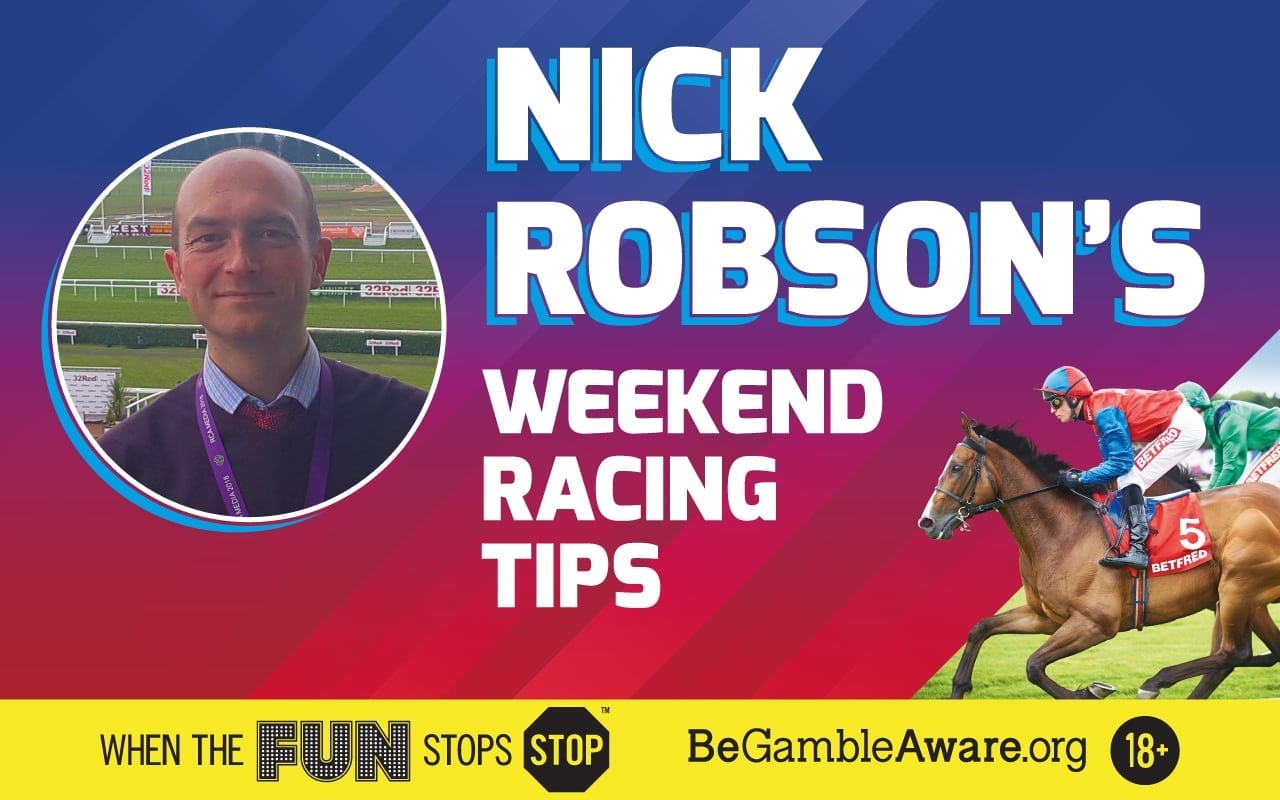 FOOL FOR YOU can follow up her recent Newcastle win in another valuable race on what is the start of a monster day of racing. Richard Fahey's four-year-old remains at the right end of the weights despite a 4lb rise for getting the better of Copper Knight in the Gosforth Park Cup.

That is always ultra-competitive and she had some of the best northern handicappers in behind her there where she displayed a good turn of foot. She had valid excuses for her two poor runs earlier in the season and compared to most of this field she is relatively unexposed.

In truth this is a pretty disappointing race given its Listed status with 10-year-old Caspian Prince setting the standard. He still has plenty of early boot as he showed at Sandown last weekend, but whether he ran to a rating of 109 there I have my doubts.

Also, while he has won at York before his record there is not the best, which is surprising given it is a flat track. What with him and Copper Knight in the field a rapid pace is guaranteed which should really set it up nicely for FINAL VENTURE.

He's found one too good on all three starts this season but all have been respectable runs. He will hopefully sit just behind the pace and pick up the pieces. John Gosden's Emblazoned is the fly in the ointment but both his runs this season have been far removed from last year's form.

HONEST ALBERT looks to be starting handicapping on a pretty lenient mark given how well he won last time out, beating the reopposing Bayroot who has to meet him on 5lb worse terms. He won first time out at Kempton in November so he was giving race fitness away to the Varian runner but he was well on top at the line.

He can be expected to have sharpened up for that and given he represents the red-hot combination of John Gosden (below) and Frankie Dettori, should take all the beating. Gold Mount was over two lengths too strong for RAHEEN HOUSE when they met over course and distance recently but I fancy the relatively new William Haggas inmate to turn the tables. Formerly with Brian Meehan, it was his first run for Haggas last month and he actually travelled better than anything before blowing up on his first run for over 230 days.

Haggas could barely be in better form and he is 5lb better off than when meeting Weekender at Ascot at the end of 2017 when he got the race in the stewards' room following a tight finish. Irish raider Sea The Lion could pose a bigger threat.

The fact KING'S COMMAND was clued up enough to beat other juveniles with experience bodes very well ahead of the Superlative Stakes, as does the fact the horse who finished fourth came out and won next time out.

Charlie Appleby is clearly a creature of habit as he started Quorto off in the same maiden last year before bringing him to this race and he has followed the exact same route.

King's Command attempted to make all over six furlongs on his debut but was headed before battling back so you would imagine that the extra furlong here would not be a problem. Of course there's not much form to go on and any of the once-raced maiden winners could take a huge step forward.

With doubts about the market leaders (Escobar suited to big fields, Masham Star better over seven furlongs and Rise Hall with a bit to prove) DARK JEDI might be worth chancing. Charlie Hills' three-year-old races off bottom weight but has faced three stiff tasks this season.

Not disgraced in the Burradon at Newcastle he then failed to stay behind the top-class Circus Maximus at Chester and he then ran in the Britannia. This is much less competitive and on the pick of his form last year his mark looks reasonable. He ended up in a Group One in France on his final start at two.

Nobody would surely deny KYNREN a victory in this given how consistent he is in all these big field major handicaps and he will surely be better off back at this seven furlongs than over a mile in the Hunt Cup last time. In saying that, he finished third in the John Smith's Cup on this day last year so he does stay but his form over this trip is superior for me.

He tends to go well on tracks with a stiff finish so that is in his favour and while he could possibly do with a little help from the handicapper, we know he is capable of going close of this sort of mark. On his last run at this trip he just failed to catch Cape Byron in the Victoria Cup at Ascot, and he of course went on to win the Wokingham. Roger Fell won it last year with Burnt Sugar and while he is back again I prefer the claims of his ADMIRALITY who has been in very good form of late.

It is probably asking too much for Henry Ponsonby to win the John Smith's Cup so soon after the Northumberland Plate but I do like the claims of SCARLET DRAGON. I actually backed him for the Supreme Novices' Hurdle the season before last and while he didn't even run in it, he is not bad over timber.

He's better on the Flat, though, and this race has been the plan for months. He failed to stay in the Ebor two years ago but he showed on the all-weather in the winter he is capable at this trip. Over hurdles he tends to be too keen so the big field should help get him settled and he does have a hood on.

On bits and pieces of his form, behind the likes of Poet's Word and Crystal Ocean, he looks extremely well handicapped off 104 – and while Ponsonby is worried about the draw in 16, I'm not given only two of the last 10 winners have come from single figure stalls. He looks a huge each-way price to me.

Zaaki is understandably all the rage in the Summer Mile. Since being gelded he is two from two for Sir Michael Stoute and he looks a typical improver, but while he was found a weakish Group Three to win last time he's found a strong Group Two here.

Last year's Queen Anne winner Accidental Agent and this year's runner-up Beat The Bank are genuine Group One horses so Zaaki will need to step forward again. At around 2-1 I'm happy to leave him. Beat The Bank won this last year but the 3lb penalty makes life tougher and of course Accidental Agent just needs to leave the stalls this time; and if he does then I make him the one to beat.

However, it's a big if because if they've done something like that once they usually do it again. There are no doubts about MATTERHORN. We know exactly what he is, he beat a progressive sort in New Graduate last time out at Windsor, and a bit like Communique who won on Thursday, just when you think his improvement may have flattened out he finds a bit more.

I personally think this is far more wide open than the betting suggests and I'm keen to take Advertise on against his elders at a skinny 3-1. Usually in this race you get lots of sprinters who have met plenty of times before but while the likes of Limato and Brando are regulars in this race, we have a fair few three-year-old's in here and we've no idea how they'll fare.

For instance Pretty Pollyanna, second in the Irish Guineas, is of interest while the way Fairyland flew home in the King's Stand would suggest this trip is right for her. I began the season thinking Ten Sovereigns was the best three-year-old at Ballydoyle and while his Guineas run was respectable, he was bitterly disappointing behind Advertise at Ascot.

Cape Byron is progressing nicely and travelled like a Group horse when winning the Wokingham but this should represent a big step up. I'll tentatively put up DREAM OF DREAMS. Sir Michael Stoute appears to have finally got him to fulfill the potential he showed in his early days with Kevin Ryan, and he almost denied Blue Point his famous double at Ascot when flying home. As Danny Tudhope knows him better now he might just sit a bit closer to the pace.

If you're betting on Racing, Betfred

The post Big-race spotlight on a cracking day appeared first on Betfred Blog .