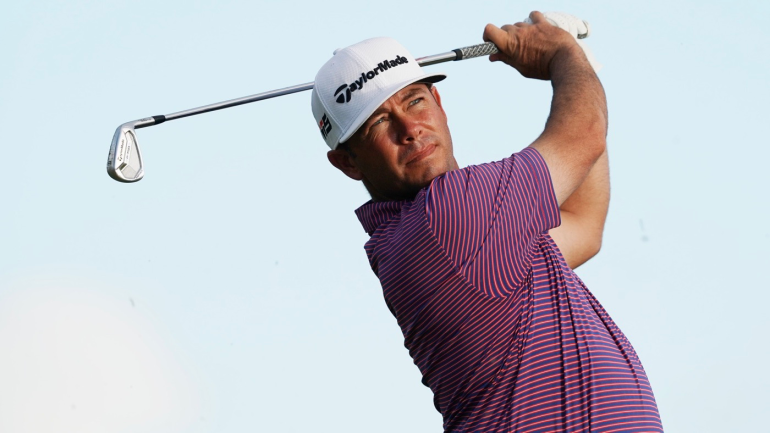 Chez Reavie (pictured) was the big mover in the suspended third round at the Tour Championship with Justin Thomas back in front.

The third round of the Tour Championship was suspended on Saturday due to thunderstorms which means it is set to be a mammoth final day at East Lake on Sunday.

World number one Brooks Koepka (3/1 Outright) began day three with a one-shot lead after back-to-back scores of 67, but he dropped two shots at his opening five holes before play was suspended as he stood on the sixth tea.

That leaves Koepka one shot off the lead at 11-under-par, with Justin Thomas (9/4 jt-fav) having moved back to the top of the standings after he was able to par his opening five holes.

Rory McIlroy (9/4 jt-fav), who is bidding to win the Tour Championship for the second time following his success in Atlanta back in 2016, sits alongside Koepka on 11-under after he recovered from bogeying the first by recording four consecutive pars.

Xander Schauffele (7/1) sits a stroke further back on 10-under after he also played his first five holes in one-over-par, with the big mover of the day proving to be Chez Reavie (30/1), who sits three shots off the lead after he completed the first seven holes of his third round in three-under-par.

Reavie, who also carded a round of 64 on Friday, believes he is in top form and is hoping that can continue for the rest of the tournament as he bids to challenge for the $15million top prize on offer for the winner of the PGA Tour finale.

“I’m hitting the ball well, striking it well, putting it well,” the 37-year-old told reporters. “Just want to keep taking advantage of that.”

Play will resume at 8AM local time with the leaders having to complete the final 13 holes of their third rounds before returning in the afternoon for round four, with the tournament still set to reach a conclusion on Sunday.