Home Golf Betting Patience the preferred approach for An
1

Patience the preferred approach for An 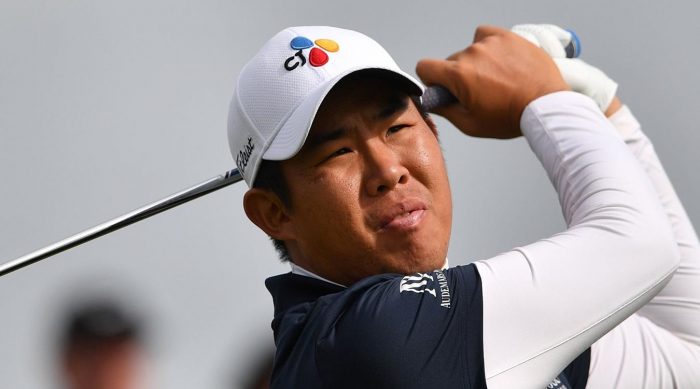 Wyndham Championship leader Byeong Hun An to adopt same game-plan for the weekend as he looks to break PGA Tour duck.

Byeong Hun An (3/1 Fav – Tournament Outright) says he is happy to trust his game as he eyes his maiden PGA Tour victory over the weekend at the Wyndham Championship.

The South Korean takes a one-shot lead into the weekend in North Carolina, backing up his opening 62 with a flawless 65 on Saturday.

Birdies at the third, fourth and fifth were followed by gains at the 14th and 15th as he moved to 13-under, one clear of Brice Garnett (16/1).

Local North Carolina boy and 2011 champion Webb Simpson (10/3 – Tournament Winner) is part of a six-way tie for third on 11-under and will be keen to mount a charge on moving day.

An may have won on the European Tour, taking the flagship BMW PGA Championship in 2015, but he has yet to get over the line on the other side of the pond.

Victory this week would be timely with the FedEx Cup play-offs looming and Sedgefield Country Club is clearly a layout he enjoys.

After some near misses, the 27-year-old says he is happy to let the golf take care of itself, with his aim to ensure that he keeps himself in contention without forcing the issue.

“I came close last couple years and, you know, maybe this week might do it,” An said. “But still have two more days and there are a lot of players behind me.

“Just do what I've been doing the last couple days and just hit a lot of fairways and greens and make some putts. If someone plays better than me, then he deserves to win it, but as long as I keep these bogey-free rounds going.”

The post Patience the preferred approach for An appeared first on Betfred Blog .