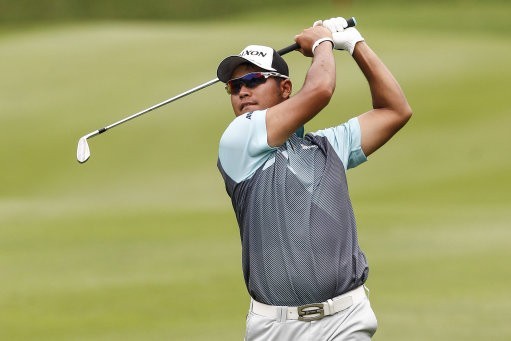 A record round for Hideki Matsuyama has put him in the driving seat going into the weekend at the BMW Championship.

Hideki Matsuyama’s course-record 63 has given him a one-shot halfway lead in the BMW Championship but there are many big-name stars hot on his heels (Matsuyama 5/1 Outright Betting).

The 27-year-old recorded nine birdies in a bogey-free round to reach 12-under par after 36 holes and give himself an excellent chance of claiming the spoils.

The 27-year-old Japanese ace entered the tournament after missing the cut in two of his four previous outings and was 33rd in the FedEx Cup standings.

However, with just the top 30 in the points list advancing to the season-ending Tour Championship, he is now projected to finish in second spot on Sunday to book his place at East Lake.

Much can happen over the weekend, with a couple of Americans, Patrick Cantlay (5/1) and Ryder Cup star Tony Finau (15/1), tied for second on -11 and with benign conditions and no cut this week, it is likely that challenges could come from down the field.

Fleetwood signed for a six-under-par 66, with eight birdies and two dropped shots as he goes in search of a first win in 2019.

Six players sit on seven-under, including Spain’s Jon Rahm and US ace Rickie Fowler but Tiger Woods could not get anything going.

The 43-year-old, who won the Tour Championship last year, is unlikely to make it to the finale this time around as he is currently projected to finish 43rd in the points list.

Brooks Koepka will be in Atlanta next week as he is number one in both the world rankings and FedEx Cup but, at-5, will need two low scores to challenge the leaders in Ohio.