Aggressive Gameplan The Key For Woodland 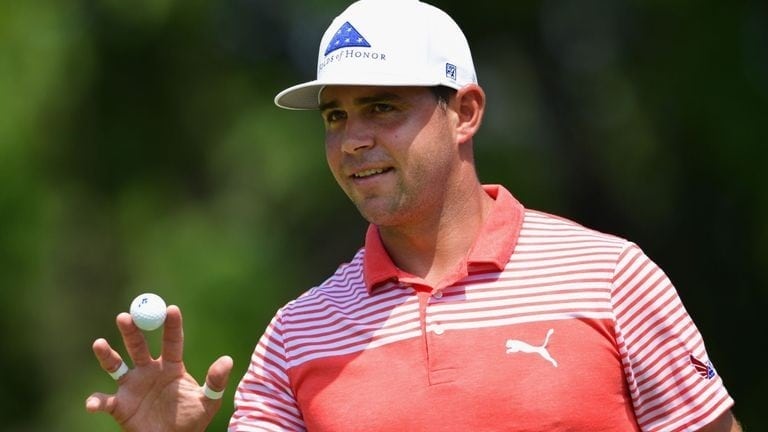 Gary Woodland (2/1 favourite Tournament Outright) says he will look to continue playing aggressively over the weekend as he eyes success in the Sentry Tournament of Champions.

The traditional season curtain-raiser on the PGA Tour features a select field of those who won tournaments in 2018 and Woodland has looked the form man over the opening 36 holes.

An opening round of 67 set him up nicely at Kapalua and he backed it up on Friday, carding eight birdies and two bogeys to sign for a repeat 67 to move him to 12-under.

That is enough to give him a three-shot lead ahead of the trio of Bryson DeChambeau (9/2 Tournament Outright), Rory McIlroy (5/1) and overnight leader Kevin Tway (16/1).

Australian Marc Leishman is alone in fifth at eight-under, while further down the leaderboard, two-time winner and defending champion Dustin Johnson is seven off the pace.

Last February’s win in Phoenix helped book Woodland’s spot at the Plantation Course and he admits he is taking a different view to this week’s tournament than in past years.

Rather than see the trip to Hawaii as a chance to build form, the 34-year-old has prepared in a manner which has made him believe he can win and feels he is in good shape to make a successful start to 2019.

“I’ve had that (relaxed) mindset a couple times that I’ve been here, not prepared, excited to be here, taken some time off before the last two times I was here,” Woodland said.

“But this time I’ve been playing a lot. Obviously it’s nice to be here, but I have a little different mindset this week, playing a little more aggressive, trying to contend, and trying to win instead of just enjoying the views out here, which I’ve done in the past.”