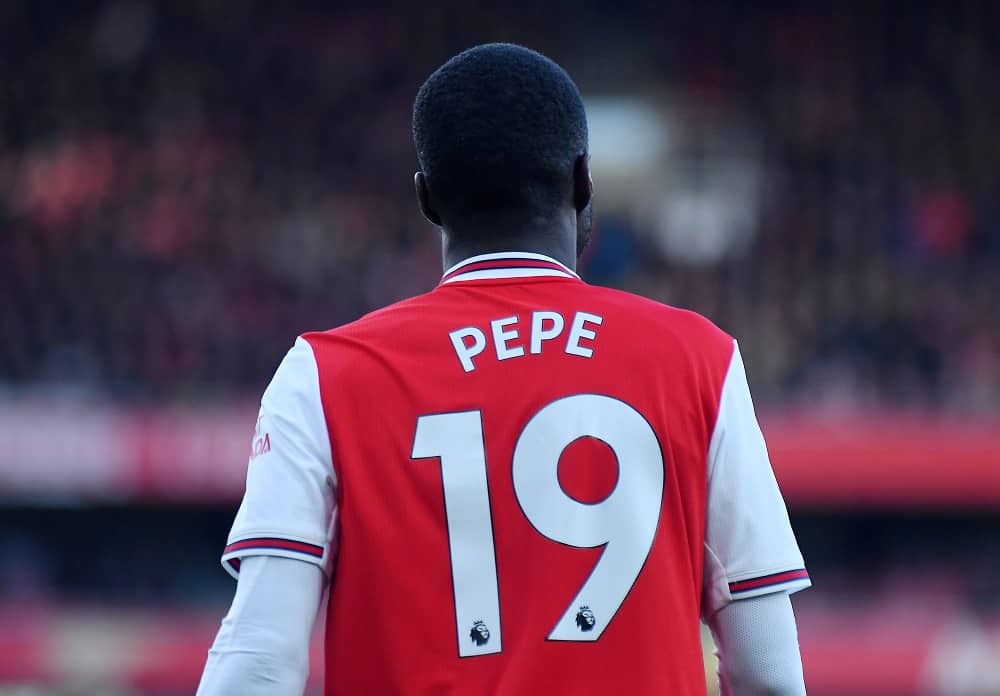 Goals from Manu Trigueros and Raul Albiol in the first-half earned Villarreal a first-leg win but Arsenal kept their hopes alive in the tie with a late Nicolas Pepe penalty.

Arsenal going in without the experience of Kieran Tierney at the back were committed into defensive blunders early on as rival winger Samuel Chukwueze was allowed to go deep into the box after isolating makeshift left-back Granit Xhaka as he teed up Manuel Trigueros who smashed home with only 5 minutes of play gone.

Another defensive lapse on the part of the Gunners led to Villareal's second as an unmarked Raul Albiol tucked home from Gerard Moreno's flick at the far post.

Arsenal's hopes rose when they were in with a chance to reduce the deficit from a penalty after Pepe was tripped by Juan Foyth inside the area.

However, a VAR check overturned Portuguese referee Artur Manuel Soares's decision as there was a case of clear handball from Pepe during the build-up.

Villarreal look threatening for most of the first half with Chukwueze and right-back Juan Foyth finding ample of space to make inroads into the Arsenal defense and fortuitously for the Gunners there were no goals added as both teams went into the interval with the score still at 2-0.

The hosts kept up the pressure in the second half as Chukwueze forced Bernd Leno into a smart save and the Arsenal custodian was compelled to pull off an even better one from Moreno after he had been played in on goal by Francis Coquelin.

Arsenal's miserable evening got a whole lot worse when Dani Ceballos after a first-half caution for pulling back Foyth received a second yellow card for standing on the foot of a sliding Dani Parejo and promptly sent off with a red card with 33 minutes of play still left.

But as luck would have it, Mikel Arteta's Gunners were gifted a route back into the game when Bukayo Saka was tripped by Trigueros and a penalty awarded.

Pepe, who had been denied a spot kick by VAR in the first half held his nerve to give his side a vital away goal in the 77th minute. Villareal themselves went down to ten men with former Watford midfielder Etienne Capoue being sent off with a red card following a second yellow for a reckless challenge on Saka.

Pierre-Emerick Aubameyang, having recovered from a bout of malaria, was introduced late in the 85th minute and almost gave Arsenal a dramatic finish when his goalbound effort was parred away by Villarreal goalkeeper Geronimo Rulli in stoppage time.

Villareal, managed by ex-Gunners coach Unai Emery, will go into the second leg with a slender one-goal advantage hoping they could have scored at least one more before their trip to London.

For Arsenal, the 2-1 loss in Spain is a much better result than what they deserved and a huge second chance for them to come back into the tie.