The son of Invincible Spirit was supplemented for the race by his powerful connections and has the kind of profile to suggest he can improve past the representatives of several other leading yards.

Before we elaborate on the case for O’Brien’s colt in the final domestic top-flight contest on the flat calendar, let’s review the betting in the wake of the Thursday declarations.

Bet on the latest horse racing odds with William Hill 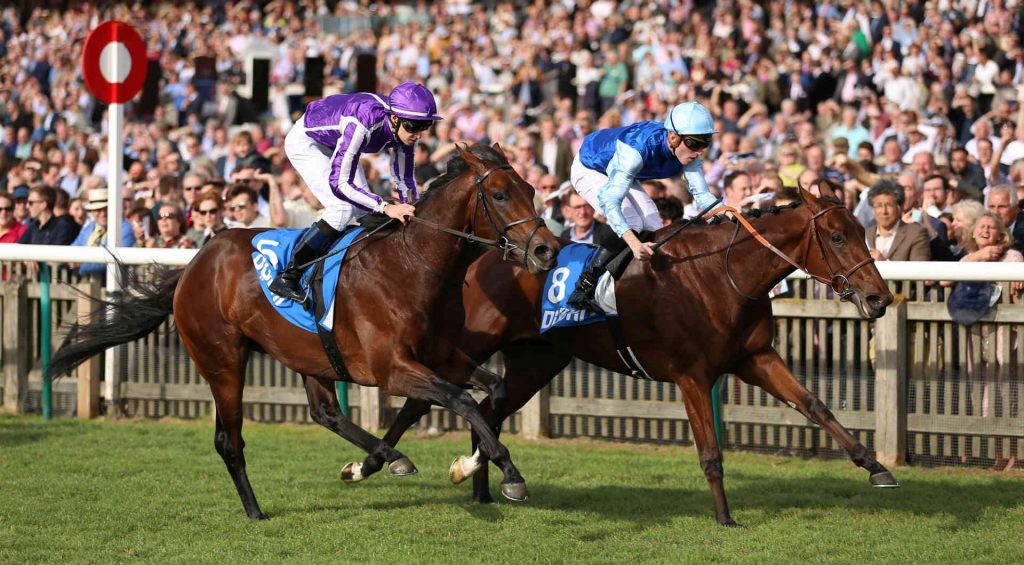 Magnas Grecia is the odds-on favourite for this race

O’Brien’s market leader has the beguiling benefits of both being unexposed and having some of the best form on offer, as well as representing leading connections.

Supplemented for the Town Moor Group 1 after improving markedly last time out, Magna Grecia is the first colt for whom Ballydoyle have stumped up the late entry fee to get into this race since 2012 winner Kingsbarns.

The performance which earned the juvenile his spot at Doncaster was a neck defeat to Andre Fabre’s Persian King in a Group 3 on Newmarket’s Rowley Mile a fortnight prior to this engagement on only his second start.

Fabre’s colt had a two-race experience edge over Magna Grecia at HQ, as well as the advantage of proximity to the running rail in the finish, making the latter’s narrow dismissal a massive performance.

This has been reflected in him having earned a Racing Post rating that none of his rivals in the Vertem Futurity Trophy betting can equal.

Charlie Hills’ Phoenix Of Spain is next on that score, having finished closer to the mighty Cracksman than any other horse to date over 7f at this track in September.

However, that was arguably the Dewhurst winner’s least beguiling showing of the 2018 campaign, which takes some of the lustre off the Hills colt’s effort.

Backing a Ballydoyle shorty isn’t every bettors’ cup of tea and even those that aren’t averse to steaming into one might think twice about our Vertem Futurity Trophy betting tip due to his trainer’s modest (by his own ridiculous standards) recent record in the race.

The man in the dark glasses was thwarted by Andrea Atzeni mounts for four years in succession after Kingsbarns’ victory and only wrested back the laurels with Saxon Warrior in 2017.

However, in a race where the market has been an exceptionally good guide of late, only one losing O’Brien colt (Yucatan, second in 2016) was sent off favourite across the interceding renewals.

Of the last nine winners, seven were market leaders, while eight had SPs of 7/2 or shorter.

The market support for Magna Grecia since declarations on Thursday morning looks a Vertem Futurity Trophy betting tip in itself.

Check out our patent betting guide

Though 11 of the past 16 winners had raced at least twice previously, David Simcock’s once-raced son of Kingman, Raakib Alhawa, looks to have plenty of potential following his debut triumph at Newbury, when he cruised to victory at the expense of the re-opposing Dashing Willoughby.

At a similar price, apparent Ballydoyle second string Circus Maximus is another with the potential to place, having been impeded by the victor when finishing third behind Magna Grecia at Newmarket.

Only thrice-raced, he could easily improve again to collect a minor medal.