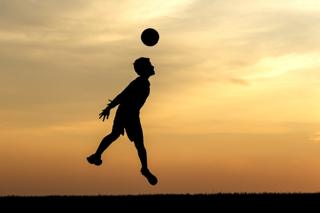 The Scottish FA is to consider a ban on children under 12 heading the ball, following a report linking dementia to football.

Experts at the University of Glasgow found former professional players are three and a half times more likely to die of degenerative brain disease.

Scottish football's governing body will consider a range of options after discussions with medical experts.

A ban on children heading the ball has been in place in the US since 2014.

An insider said: “The new presidential team are determined to be proactive on such a serious issue affecting the national game.

“While the study says the findings can't automatically be applied to the grassroots game, they are absolutely clear that this should not mean doing nothing in the meantime but being proactive and open to radical steps if appropriate.

“This is not just about young people heading the ball in matches but taking steps to remove repetitive heading practice in training.”

He said: “Through work with the Scottish FA and Uefa, what we have started to do is put together some sensible guidelines.

“Some simple things like limiting heading training for young players, perhaps to one session per week to allow the brain to recover.”

Dr MacLean is part of the Uefa medical committee and has backed proposals for rugby-style temporary substitutions for concussion.

“It's a clear statement of intent and whatever is considered the most appropriate by the board and the medical team should have no obstacles to implementation,” they said.

It was commissioned by the Football Association and the Professional Footballers' Association after delays in initial research angered the family of Mr Astle, who died in 2002.

His daughter, Dawn, said she was “staggered” by the findings.