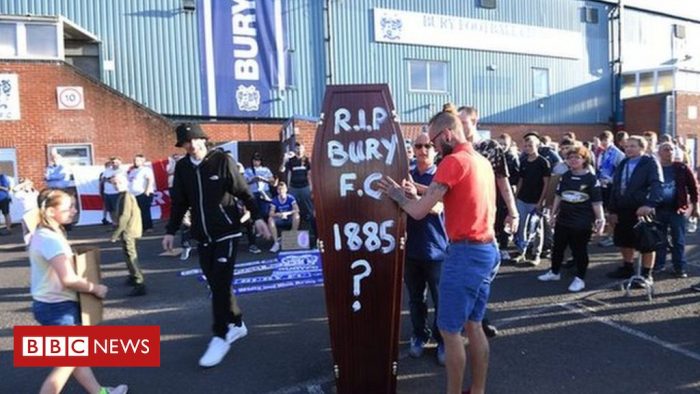 A fraud investigation has been launched involving Bury Football Club, police have confirmed.

Greater Manchester Police said it received a report of fraud on 18 June and enquiries were ongoing but no arrests had been made.

The club were expelled from the English Football League (EFL) on 27 August after a late takeover bid from C&N Sporting Risk failed.

Bury were the first club to drop out of the league since Maidstone in 1992.

The Greater Manchester club were members of the EFL for 125 years.