Chelsea produced a clinical performance to earn a well-deserved draw with Christian Pulisic scoring a vital away goal to put his side in a strong position ahead of the second leg of the semi-finals at Stamford Bridge next week.

The Blues were the much better side at the Alfredo Di Stefano stadium in Madrid as they outplayed Los Blancos in the early stages and should have gone ahead when Timo Werner shot straight at keeper Thibaut Courtois from just six yards after a Pulisic header put the ball on a plate for the German with only 10 minutes of the game gone. 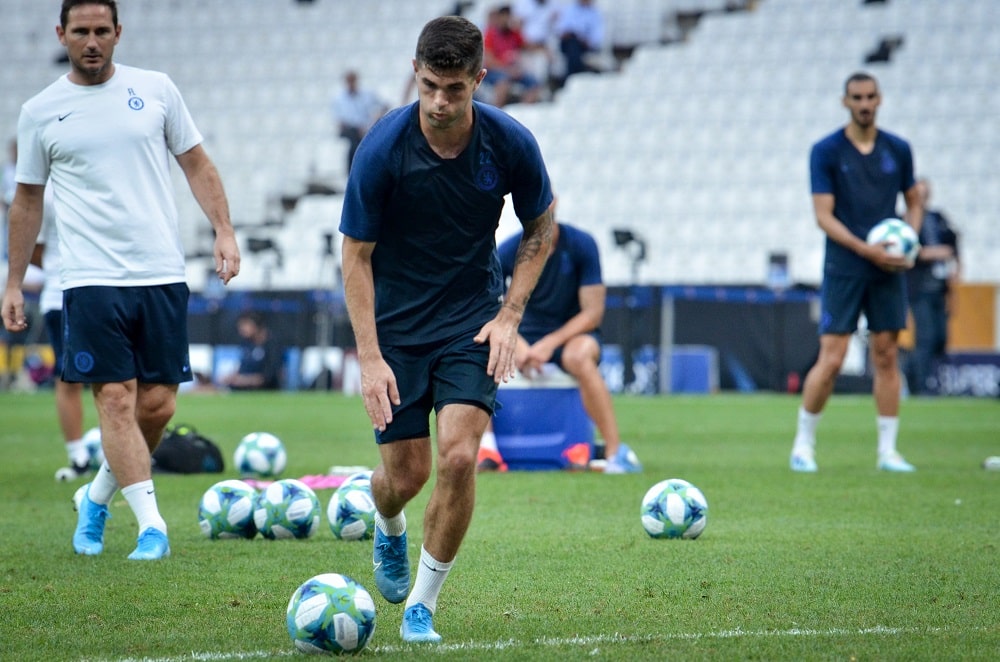 Chelsea did not have to wait long for their opener as a measured Antonio Rudiger ball over the top found Pulisic who skipped past the Madrid defense, dribbled around Courtois before slotting the ball in. 1-0 to the visitors in the 16th minute.

N'Golo Kante was superb as he kept breaking down the middle and picking up Ben Chilwell on a couple of occasions inside the box but the wing-back was wasteful as he shot wide.

The Blues' speed and intensity troubled their rivals no end, but the requisite finishing was found lacking in the final third as they missed chance after chance to score.

Karim Benzema almost made them pay for their missed opportunities with a 25-yard strike that kissed the post on its way out.

The ace Real forward found one in the 29th minute in spectacular fashion. Luka Modric's short corner into the box was headed by Eder Militao into the path of Benzema who swivelled around and struck an astonishingly volley to the roof of the net to bring the game to level terms.

Werner had another half chance after the break but wasted quite some time to score, allowing Raphael Varane to get back and make an important block.

Tuchel made three changes on the hour mark, bringing in Reece James, Hakim Ziyech and Kai Havertz to replace Cesar Azpilicueta, Werner and Pulisic. Real introduced the injury-prone €100m Eden Hazard in the 66th minute as the hosts were beginning to gain ascendance in the proceedings.

The visitors had to put up with some late pressure from the thirteen-time champions as Toni Kroos forced Edouard Mendy into a save before Varane put a header wide from the subsequent corner with the match heading into a 1-1 stalemate.

Chelsea will regret having left a rain-soaked Madrid pitch without making their superiority count while a content Zidane will take Tuesday night's result with both hands and travel with his men to Stamford Bridge with confidence for the second leg.
The 33-year-old Benzema, the Champions League’s fourth highest all-time scorer, will be the biggest threat to Chelsea's aspirations of reaching their first final since 2012 and it will take the utmost from the Blues to stop the past masters of Europe's premier football tournament.