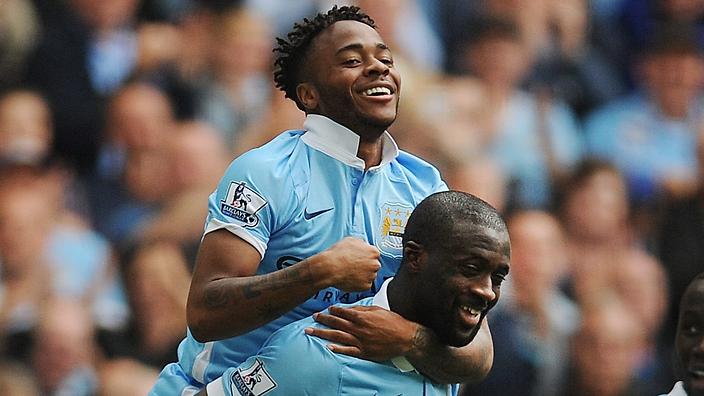 Manchester City capitalized on David Luiz's errors to blank a 10-man Arsenal side 3-0 at the Etihad stadium to kick-off the restart to the season in style.

Luiz was left off from the Gunners' starting line-up by Mikel Arteta but got his chance to join the game when center-back Pablo Mari had to leave the field with an injury in the 23rd minute. Luiz, who is prone to rash decisions, only buttressed his coach's decision to leave him out.

The Brazilian defender failed to clear the ball from a Kevin De Bruyne pass and as it bounced off his knees it fell in the path of Raheem Sterling who made no mistake in firing in City's opener at the stroke of half-time.

On more blunder from the Arsenal defender was in store just 4 minutes into the second-half, also resulting in his ouster.

Luiz tugged at Mahrez's shirt inside the box with no intention of playing the ball and the referee had no hesitation in awarding a penalty to the home side.

Kevin de Bruyne coolly slotted in for City's second in the 51st. The Belgian was a true stand-out in the game, reminding those watching of his quality with several mind-blowing defense-splitting passes in the first half.

Twenty-year old substitute Phil Foden who came in for Riyad Mahrez in the 65th minute completed Arsenal's night of misery when he netted a third for the reigning champions well into injury time.

The Gunners would have been even worse off had it not been for goalkeeper Bernd Leno's impressive display between the posts – keeping out attempts from De Bruyne, Sterling and David Silva.

There were bursts of energy from Pierre-Emerick Aubameyang and Eddie Nketiah going forward in the first half but without a single shot on target, the Arsenal attackers had nothing to show.

Notwithstanding the victory margin, there was little doubt as to the hosts' sheer dominance of the game.

With as much as 67 per cent possesion and 12 shots on target, City stamped their absolute authority on the game.

The game was marked by some key injuries with Arsenal's Granit Xhaxa having to leave the game on a stretcher in as early as the 8th minute.

Mari was the next Gunners player to follow 15 minutes later.

There were worries for City just a minute before the final whistle as Eric Garcia needed several minutes of treatment on the pitch after a nasty collision with goalkeeper Ederson and had to be carted off on a stretcher.

Manchester City moved to 60 points after the win and seven points ahead of third-placed Leicester City while Arsenal remained rooted to the 9th spot with 41 points, one behind 8th placed Tottenham Hotspur's 40.

In the other game on resumption day, Aston Villa and Sheffield United played out a 0-0 draw at Villa Park.

Relegation candidates Villa could have easily wrapped up the match but for some heroics by Sheffield custodian Dean Henderson who made exemplary saves to deny his opponents from adding to the scoresheet.

The hosts have not helped their cause with the draw and remain in the 19th spot, just a place away from the bottom. The Blades stay at the 6th spot and just a point behind Manchester United's 45.