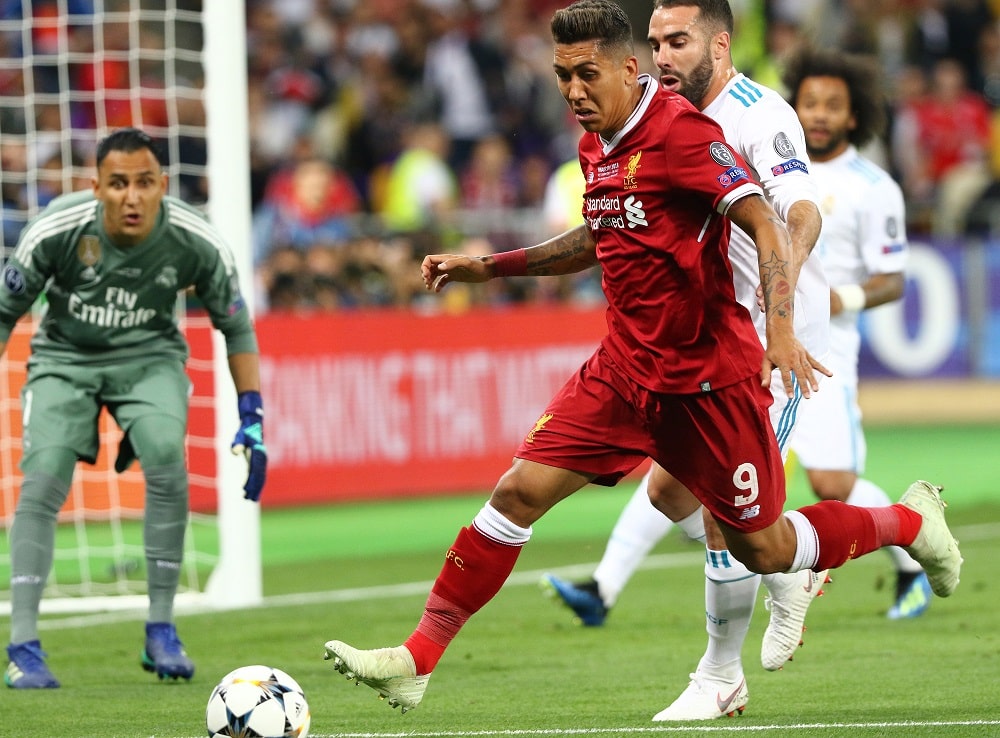 Jurgn Klopp's Liverpool went to the top of the table when Roberto Firmino headed in a late winner in an entertaining encounter at Anfield on Wednesday night. The hosts put up a dominant display in the first half as they hogged nearly four-fifth's of the ball possession.

The Reds almost went ahead in the 11th minute when Firmino headed a Andy Robertson cross towards the far corner only to be saved by a Hugo Lloris diving full length. Liverpool kept up the pressure as Lloris was made to work once more midway through the first half when he fended off a crisp low strike from Mohammad Salah.

The opener  finally came in the 26th minute as Curtis Jones drove into the Spurs box and delivered a ball to Salah whose first-time strike took a wicked deflection off Toby Alderweireld before looping into the top corner beyond Lloris. Jones nearly doubled the hosts' advantage when he pounced in on a defensive lapse from Serge Aurier, but Lloris was at hand to retrieve a dangerous situation.

With Liverpool playing entirely in the Tottenham half, the danger of being caught in a sudden counter-attack always lurked and that is what happened when Giovani Lo Celso essayed a perfect through pass to Heung-Min Son on the left flank. The prolific South Korean drove into the rival box unchecked to slip in a composed finish past Alisson in the 33rd minute.

Jose Mourinho's men put up a much more inspired performance in the second half with Steven Bergwijn outwitting Trent Alexander-Arnold to slice a shot wide. That was before Harry Kane tried an audacious, long-range chip finding Alisson out of his post but the Brazilian recovered in time to tip the ball behind.

The visitors had their best chance to forge ahead when Bergwijn burst into the box but his angled shot that beat Alisson and seemed to be going in somehow hit the far post. Moments later an unmarked Kane headed over from six yards with a gaping goal at his mercy.

That sparked Liverpool into life, with Sadio Mane forcing Lloris to tip his rasping drive onto the bar as the hosts revved up the pressure in search of a late winner.

With seconds remaining in stoppage time, Liverpool found the goal they were looking for when Firmino leapt high to power home a header from Andy Robertson's corner much to the wild celebrations of the 2000 fans present at Anfield.

Mourinho and his team team were left to rue the golden chances they missed to get across a statement victory and end a Liverpool's unbeaten home sequence of 66 games in the Premier League.

Man of the Match: Roberto Firmino.