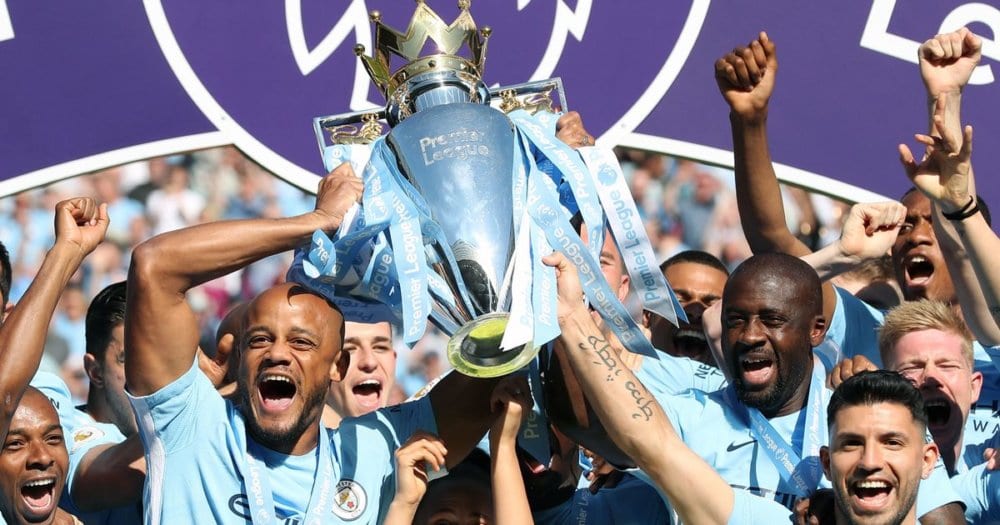 Emptihad, FFP cheats, the slavers club…what do these three derogatory terms have in common?. They’re associated with Manchester City.

The second less successful club from Manchester has been doing great for a decade now and has been accused of ruining football thanks to the money the club has. If you haven’t been living under a rock, Manchester City was bought by the Abu Dhabi United Group in 2008, sparking a football renaissance for the club which lasts even today.

Contents show
1 Is City a Plastic Club?.
2 The Astonishing Rise of City
3 City’s Success a Blueprint for Many

Continued investment in the club has outraged fans of many English and European clubs. City has been accused of being a plastic club with no history and of ruining football in general. But, is half of it even true?.

Is City a Plastic Club?.

Most fans, especially those of Arsenal, Manchester United, Chelsea, and Liverpool call City a plastic club, indicating that it has no history at all. If City was created 5-6 years ago with billions of pounds to spend, that might have been true. However, take a look back at City’s history and you’ll see that it’s as far from a “plastic” club as possible.

The club was formed in 1880 and earned its first major trophy in 1904 after beating Bolton Wanderers in the final. In the late 60s, the club went through a trophy haul winning the League Cup, FA Cup, and the League before going through a period of decline.

After losing the 1981 FA Cup final, City suffered yet another period of decline which led to the relegation all the way down to third-tier English football in season 1997-1998.

In season 01-02, the Citizens regained promotion back to the Premier League and have been a mainstay since. Although the club didn’t have any noticeable results, everything changed after it was purchased by the Abu Dhabi Group in 2008.

City received millions of pounds for transfers and used the money to its advantage, buying quality players that would make the blue Manchester club a juggernaut for years to come.

Even though many hoped that the funding would stop, City remained a serious club and has won 6 Premier League trophies since 2008. The club also won an assortment of other trophies, yet is still unsuccessful on European soil. In just 10 years, it became the fifth most valuable club in the world which is the main reason why fans of other clubs consider City a “plastic” team.

The Astonishing Rise of City

Before 2007, City was already in a great financial position due to the investments made by Thai businessman Thaksin Shinawatra. However, the freezing of his assets due to political travails opened the door for the club to be bought by the Abu Dhabi Group.

The massive financial influx resulted in the club buying Brazilian forward Robinho for a club-record £32.5 million from Real Madrid that same summer. However, Robinho’s and the club’s performances weren’t a massive improvement.

Next summer, the club spent over £100 million in transfers, buying players such as Emmanuel Adebayor, Kolo Toure, Gareth Barry, and Carlos Tevez who would form City’s backbone for years to come.

Roberto Mancini was the new coach of the new-look Manchester City, who finished fifth in the PL that season. Success was soon to follow due to continuous investment.

The second season with Mancini in charge saw City knock-out Manchester United in the FA Cup semi-final. Bit by bit, the Citizens started to match their rivals in quality. After winning the 5th FA Cup in the club’s history in 2011, City overtook Arsenal on the third spot in the Premier League, securing direct promotion to the Champions League group stages.

Next season was nothing short of magnificent for City. After destroying rivals Tottenham and Manchester United with 5-1 and 6-1 respectively, City won the title in dramatic fashion. It all came down to the last match which City won in injury time to clinch the title for the first time in the club’s history. It was the first of a total of six, including two in the past couple of season under the guidance of Catalan manager Josep Pep Guardiola.

City’s Success a Blueprint for Many

After City’s incredible success, many clubs followed the same blueprint, most notably Paris Saint Germain. Thanks to the investment of Qatar-based Qatar Sports Investment, PSG has had tremendous success in France. However, its shortcomings have seen the club falter in the Champions League just like Manchester City.

City is constantly breaking club records for signings, but there’s a certain quality of the squad that dismisses it from the talk about being plastic. The club has done well with the appointment of Pep Guardiola and several other key figures in management which allow City to be competitive on all fronts.

Every year, the team is the bookie’s frontrunner for the Premier League and near (or on) the top of Champions League favourites lists. It’s all because of the hard work of the people behind the scenes that City fans have all to thank for.

Many accuse the club of raising the prices of players in a constantly evolving market. However, let us remind you that skyrocketing player prices started with Real Madrid’s Cristiano Ronaldo signing in the summer of 2009.

That was followed by Real’s Gareth Bale signing years later, which resulted in buffed up prices even for average players. In this regard, City didn’t ruin football – the whole player’s market is to blame.

For all football fans that believe City is a “plastic” club, keep in mind that their own teams received a financial boost and reached new heights because of it in the past. At some point, Arsenal, Manchester United, Liverpool, and Chelsea were bought by new owners with a high appetite for trophies.

Chelsea is the most notable example of it. After going trophy-less for a long time, the London-based club was bought by Russian tycoon Roman Abramovich and has since gone on to claim numerous titles. Ten years from now, City won’t be looked at as a “plastic” club – it’s only the trophies that will count.

City’s magnificent football and raising of technical and coaching standards is a big positive in the world of football. It’s not a reason for gloom at all – it’s a blueprint many should definitely follow.