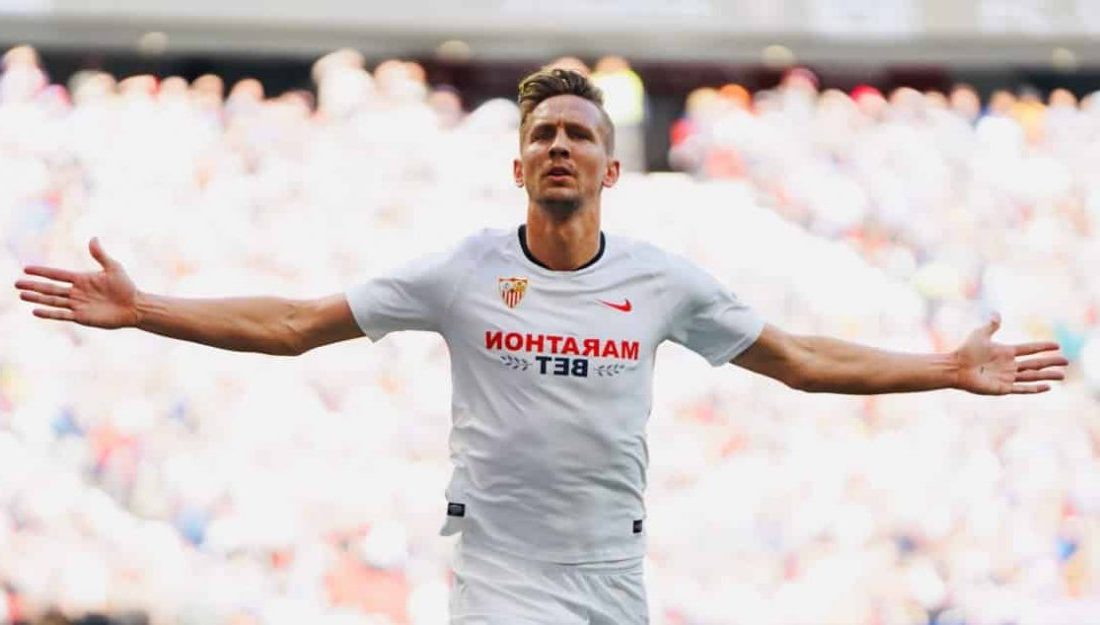 La Liga club Sevilla were crowned the 2019-20 Europa League champions when they beat Inter Milan 3-2 at the RheinEnergieStadion, Cologne on Saturday night.

In a very fast-paced affair in Germany, Romelu Lukaku set the ball rolling for Inter Milan when he converted a penalty in the 5th minute to give the Serie A runners-up an early lead.

Referee Danny Makkelie, officiating in his first European final, had no hesitation in pointing to the spot when Sevilla defender Diego Carlos fouled Lukaku inside the box.

Inter's early joy lasted for just 7 minutes as Luuk de Jong, hero of the win over Manchester United, connected wonderfully with a Jesus Navas' cross, lunging in to direct in a powerful header past Samir Handanovic.

There were vociferous handball appeals from Inter in the 16th minute when Diego Carlos appeared to extend his arm to block a ball in the Sevilla box, but the Italians' pleas were ignored.

De Jong vindicated his coach Julen Lopetegui's decision to start with him when he scored his second in the 33rd minute. It was a header again from the 29-year old Dutchman.

Ever Banega's free kick to the left side of the box saw the forward leaping high and looping in his header accurately to far post to put his side ahead 2-1.

Antonio Conte's men hit back in no time through Diego Godin in the 35th minute. The ex-Atletico Madrid defender placed a perfect header past Yassine Bounou from a Marcelo Brozovic free kick on the other end to draw level at 2-2.

But the fireworks of the first half were missing post-interval as the game became scrappy and physical. Inter had the better of chances a little into the second half.

Ashley Young looked to give the Italians a lead in the 58th minute but his long-range curling shot lacked the required dip to go in and flew over the crossbar.

A more straightforward chance came Lukaku's way with the Belgian striker behind the back line and free on goal but Bounou raced off his line to cut off the angle and made a sliding save.

The Serie A side were made to pay for their missed opportunities as Sevilla went ahead in the 74th minute.

Diego Carlos, the culprit in Inter's first goal, delivered a stunning overhead kick from a failed free-kick clearance inside the box, but much to the horror of the Italians, the shot was redirected in by Lukaku for an own-goal to give Sevilla the 3-2 lead.

Inter had the chance to level in the 81st minute when Alexis Sanchez's trickling goalbound shot was dramatically cleared off the line by Jules Kounde.

Some desperate defending saw the Spanish club hang on till the final whistle and secure yet another Europa League success.

It was a first trophy in the managerial career of Sevilla boss Julen Lopetegui, whose side are unbeaten in a run of 21 games since February.

As for Inter, the Serie A side have been trophyless since 2010-11 that is when they won the Coppa Italia.