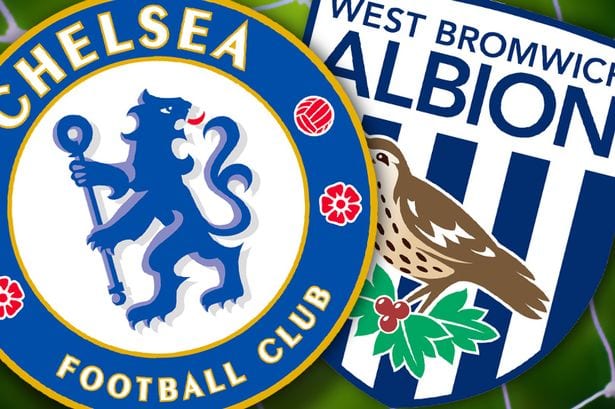 Chelsea, who had not conceded a single goal at Stamford Bridge under the reign of new boss Thomas Tuchel, let in a staggering five against minions West Bromwich on Saturday, thus setting a new Premier League home record – something their fans and followers would like to forget.

The hosts went ahead after Christian Pulisic finished from close-range a goal post rebound off Marcos Alonso's free kick in the 27th minute. But their miseries were to begin when ace defender Thiago Silva was shown the red card after picking up two bookings inside the first 30 minutes of play.

The visitors took full advantage of a 10-man Chelsea side as Matheus Pereira lobbed one over a hapless Eduardo Mendy to level in the 2nd minute of extra time before the interval. Pereira was superb as he expertly delivered a low strike between three defenders to extend the Baggies lead two minutes later as the they entered into half-time 1-2 up.

Things could have been much worse for Chelsea had not Matt Phillips' effort not come off the woodwork a little before Pereira's second. Sam Allardyce's men turned on the screws further after the break as substitute Callum Robinson's superb side-footed volley made it 3-1 for the visitors in the 63rd.

Five minutes later, the Baggies hit on the break from a move involving Pereira, Robinson and Conor Townsend whose back-heel set up Mbaye Diagne who finished past Mendy in composed fashion.

Timo Werner gave the Blues the hope of a spectacular come-back when he unselfishly laid off Mason Mount for the hosts' second of the afternoon as the deficit lessened to 2-4 in the 71st minute.

Instead of defending their slender lead, the visiting Baggies kept up their attacks and were rewarded with a fifth when Pereira slipped Robinson through on goal and the latter dinked one over Mendy within a minute of injury time to make it 5-2.

Chelsea who had conceded three on their visit to the Hawthorns earlier in the season have now let in a total of 8 which is the most they have shipped against one side in a single season. Tuchels's men are still in the 4th spot after Saturday's big defeat but only two points ahead of a 5th placed Liverpool who have moved to 49 points after their win over Arsenal later in the day.

The Baggies unfortunately remain in relegation territory, one place above bottom-scrapers Sheffield United, despite the famous win and have only eight games left to get out of the danger zone.

Second-half goals from Benjamin Mendy and Gabriel Jesus sent Manchester City 14 points clear to the top as they easily overpowered Leicester City 0-2 at the King Power stadium on Saturday.

City thought they had gone ahead inside 5 minutes when Fernandinho blazed a long-ranger past Kasper Schmeichel but the goal was disallowed after Sergio Aguero was found in an offside position and blocked the keeper's view of the shot.

Kevin de Bruyne went close in the 28th minute when his superb free-kick beat Schmeichel all ends up, but the shot rattled the crossbar. Leicester almost had the lead they wanted on the stroke of half-time as Jamie Vardy rounded City custodian Ederson and slotted the ball in, but the Foxes striker was ruled offside even before he took the shot.

The Foxes responded well post the interval as Youri Tielemans went close to scoring but his attempt was brilliantly denied by Ruben Dias. The visitors ultimately broke the deadlock in the 58th minute when Benjamin Mendy reacted quickly to a loose ball inside the box and scored with a curling low finish.

City doubled their advantage in the 74th when Gabriel Jesus finished from a wonderful team move involving De Bruyne and substitute Raheem Sterling.

A not fully fit James Maddison who came in as a substitute in the 72nd minute could have grabbed one for the hosts late in the game, but he shot straight to Ederson as City marched to one more win.

The Foxes starting without many of their key players like Maddison, the in-form Harvey Barnes, Justin James, Denis Praet and defender Caglar Soyuncu, remain on third and a clear five points ahead of Chelsea after 30 games.

City are now 14 points ahead of Manchester United who moved to 60 points after beating Brighton & Hove 2-1 on Sunday night.

Results from other games on Saturday, 3 April 2021