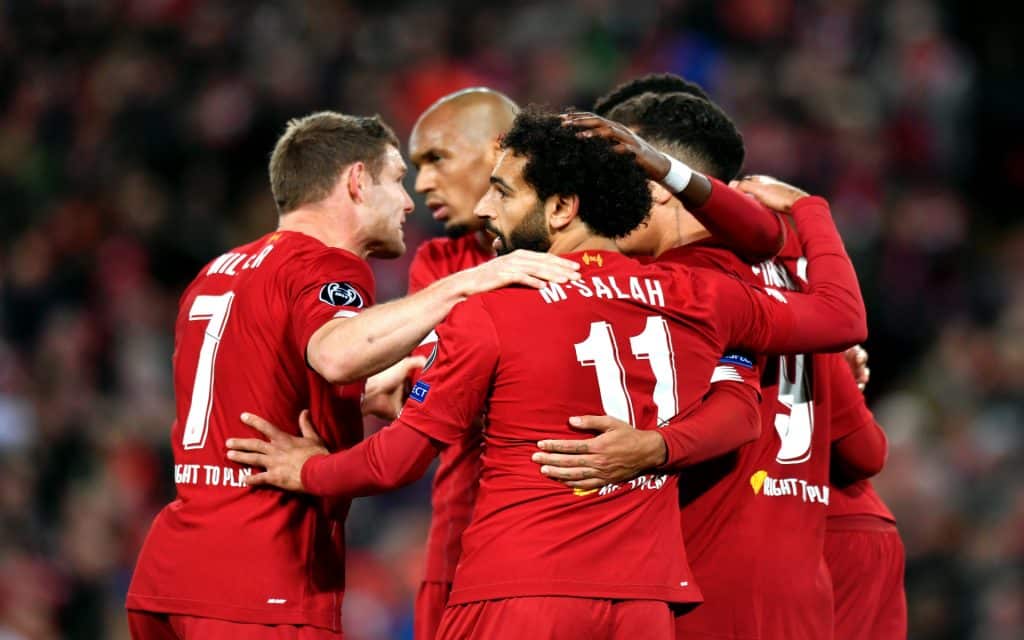 Working from home or braving the conditions? One thing is for certain – we are all missing the football!

With no signs of a ball being kicked anytime soon, we have taken a look back at the Premier League season so far and found five of the most memorable moments.

As away days go, Crystal Palace’s trip to Old Trafford was certainly a memorable one as Patrick van Aanholt scored a late winner against Manchester United.

Not only did it secure the Eagles all three points, but it also earned the Dutchman a place in the history books, as he became the first visiting player in Premier League history to score a winning goal in the 90th minute or later against United.

The former Sunderland man’s goal also earned the south London side their first league win against United in 21 attempts – a game that will live long in the away fans’ memories.

Another side hitting the history books already this season is Liverpool, who joined an elite group of teams when getting the better of Wolves away at Molineux.

That Thursday-night win was their 40th successive unbeaten and saw them join the likes of Chelsea and Arsenal as clubs in English football league history to go 40 unbeaten.

Lampard at the double

When Jose Mourinho was coaching Frank Lampard and watching him bang in goals for fun for his trophy-winning Chelsea side, little did the former ‘Special One’ know he would come back to haunt him.

But, in his first season as Chelsea manager, Lampard achieved something no other manager has managed – do the double over Mourinho in the same season.

Wilian scored twice as Lampard’s side won 2-0 at Tottenham’s new stadium, while former Arsenal striker Olivier Giroud helped them to a 2-1 home win.

Liverpool’s 61 points from their opening 21 Premier League games is the most ever recorded by a side in any of Europe’s top five leagues.

Not content with one record, they then broke it again when racking up 79 points in just 27 matches. Their 25-point lead at the top is also the biggest ever.

While, their win against West Ham, though far from their best performance, meant they were victorious for the 21st successive league home game.

Arsenal fans haven’t had all that much to celebrate in recent months, but they were left jubilant when Watford beat Liverpool 3-0 in late February.

Ismaila Sarr (twice) and Troy Deeney did the damage, but it wasn’t because they were delighted to see the Hornets earn a vital win in their bid to survive.

No, instead it was because Liverpool’s defeat protected the Gunners’ ‘Invincibles’ reputation following their unbeaten title-winning season in 2003-04.

Check out all the latest Football Betting odds at William Hill.