Home Football Alexander Watson Hutton: The son of a grocer who became the father of Argentinian football
1.

Alexander Watson Hutton: The son of a grocer who became the father of Argentinian football 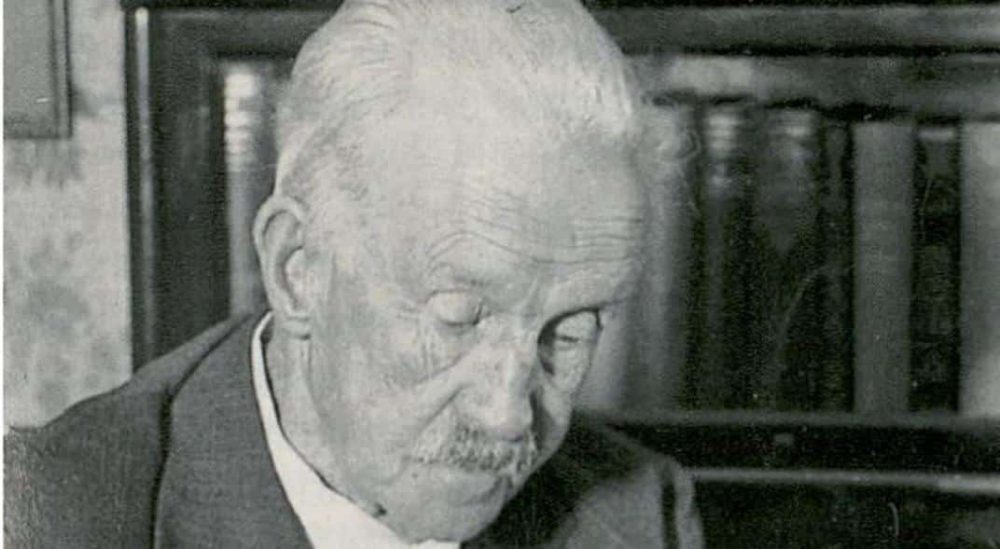 Alexander Watson Hutton was an interesting character. He was, though he might not have viewed himself as such, a football evangelist. He was born in 1852, in the Gorbals, Scotland, to a grocer and his wife, but ended his life as the father of Argentinian football.

Alexander Watson Hutton, whose parents died when he was very young, was raised by his maternal grandmother and later at the Daniel Stewart Hospital School in Edinburgh. The school had pledged to provide free education to those in need: Watson Hutton, tragically, was one of them. He was an orphan by the age of five and would later lose both of his brothers to tuberculosis.

At school, Watson Hutton began to appreciate the importance of education. He had been given a chance in life and he pursued his studies in the hope of bettering himself and others. He attended the University of Edinburgh and, after a long and difficult nine years, graduated with a degree in philosophy in 1881.

Watson Hutton had funded his studies by teaching. George Watson’s College had employed him as a ‘general teacher’: he taught, among other things, shorthand, and his class was described by the principal as a “model of excellence”.

In 1880, Alexander Watson Hutton was offered a job at St Andrew’s Scots School in Buenos Aires. The position intrigued him. He was curious. A new climate and a new continent appealed greatly. Watson Hutton wanted to complete his studies first, though, so his arrival in Argentina was delayed until February 1882 – after a long journey from Liverpool across the Atlantic by boat.

Alexander Watson Hutton not only aimed to teach football. He was also a keen player himself. “A photograph from around 1880 depicted him as a thin but athletic man with a high forehead and a luxuriant, if droopy, moustache,” wrote Jonathan Wilson in Angels with Dirty Faces.

When Alexander Watson Hutton arrived in Argentina, he found that rugby was the country’s most popular sport. He was vehemently opposed to this. At first, those he tried to convert to football dismissed it as an “animalistic game”, and board members at St Andrew’s School were equally unenthusiastic. They suggested that Watson Hutton remove the sport from his teaching curriculum, but he was insistent. When his requests for a gymnasium and playing fields were rejected, he resigned.

Watson Hutton might have given up. Instead, typically determined, he chose to pursue his goals alone. He set up the Buenos Aires English High School in 1884 and within two years had 500 pupils regularly attending. Football was at the centre of everything.

“It spread through the schools and the British had a huge influence in Argentina,” said Wilson in a documentary on Watson Hutton released last year. “It was never a formal part of the Empire, but it was a de facto part of the Empire. The British ran the banking system; they ran the trains.”

Both British aristocrats and the Argentinian elite attended Watson Hutton’s school. It was an undisputed success. Watson Hutton thrived in this new environment, overseeing the rapid development of football and introducing a new sporting culture.

He had not forgotten his Scottish roots, though. In 1885 he married Margaret Budge, a former teacher at George Watson’s College, and a year later their first child, Arnold, was born. More people from Watson Hutton’s previous life began to make a reappearance as time passed: William Waters, the son of Watson Hutton’s former landlady, came to work at the English High School.

Alexander Watson Hutton was joined in 1891 by a group of Scots, who set about creating five football teams:

They were to play in the Argentine Association Football League, a division which continues to this day. The teams were originally made up solely of British players. The locals were mere spectators, many of them bemused by this strange foreign game.

“The AAFL eventually evolved into the Argentinian FA in 1903, the same FA of today and he was appointed the first president,” Richard McBrearty of the Scottish Football Museum said in a 2003 interview with the Scotsman. “Watson Hutton was really the first successful administrator of the game in the country.”

Watson Hutton continued in his role until 1896, attempting to nurture a nascent league into something more significant. Occasionally he refereed games while maintaining his duties at the English High School.

By 1898, physical education had been made compulsory in all Argentinian schools. Delighted at the news, Watson Hutton purchased a pitch in the north of Buenos Aires and there set up a team for pupils and ex-pupils of the English High School. They were named Alumni, and for the next decade they dominated Argentinian football.

Watson Hutton’s legacy in Argentinian football is unmatched. His influence continued to be felt long after his death in 1936. The first Scottish settlers remained in Buenos Aires and set up a community, and as recently as the 1980s and 1990s, players such as Jose Luis Brown and Carlos Javier MacAllister played in Argentina. Watson Hutton’s impact can still be felt today.