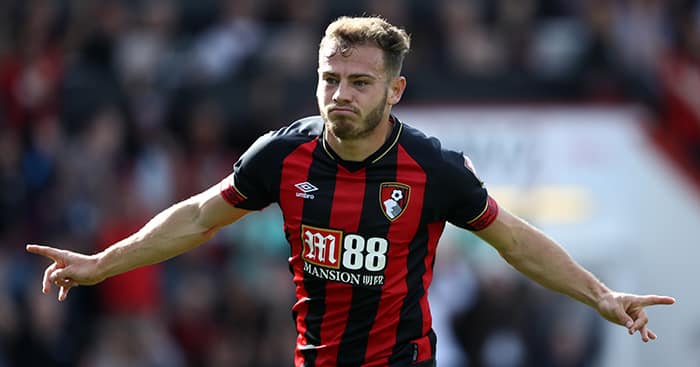 Bournemouth winger Ryan Fraser has told friends that he would favour a move to Tottenham Hotspur, if the north London club make an approach to sign him, Football Insider reports.

The Scotland international was in superb form for the Cherries last term. He bagged seven goals and 14 assists from 38 league appearances and just missed out on the Playmaker of the Season award to Eden Hazard.

He was thereafter linked with a possible departure from the south Coast outfit, having entered the final year of his contract but ultimately, the Cherries decided to keep hold of his services.

Fraser has struggled during the current season with just one goal and four assists coming from his 28 league outings but he will have the freedom to choose another club when his contract expires during the summer.

According to Football Insider, Fraser is unclear over his next destination but he has the particular preference to join a club of Champions League stature in Spurs.

Jose Mourinho’s side may work on a limited summer budget due to the financial impact of the coronavirus pandemic and Fraser could prove a quality signing on a free transfer.

The 26-year-old’s form has not been particularly impressive during the ongoing campaign but the change in environment could bring the best out of him.

Suppose that is not the case, Spurs may not have to regret the decision, considering he should not command a significant signing-on fee and salary package to join them in the first place.

Spurs could face stiff competition from north London rivals Arsenal for the wide player. The Gunners have held a long-term interest in Fraser and were regularly linked with him last year.