Chennai Super Kings succumb to second defeat in a row

Chennai crashed to their second succusive defeat from three games when they were convincingly beaten by Delhi Capitals at the Dubai International Cricket Stadium.

The Delhi side got off to a flier with Prithvi Shaw playing all-round shots to power his side to 88 from the first ten overs.

When the first Delhi wicket went for 94, the normally aggressive Shikhar Dhawan had made just 35 of those runs while Shaw contributed an attacking 64 that was laced with 9 fours and a six before he was stumped by MS Dhoni off Piyush Chawla.

With the DC score reading 103 for 2, Rishab Pant and Shreyas Iyer put on a breezy partnership of 55 from 6.4.

Iyer was caught behind for 25 by Dhoni who brought off a magnificent catch diving full length to his right.

Pant remained not out on 37 an innings that was sedate by his standards (only 5 boundaries) as the DC innings finished on 175 for 3 from 20 overs.

It was mystifying why Dhoni on winning the toss chose to chase despite the fact that teams batting first had won six of the first seven matches.

CSK were quickly down to down to 44 for 3 losing openers Murali Vijay (10), Shane Watson (14) and young Ruturaj Gaikwad who fell again below double figures (5) needlessly running himself out.

Anrich Nortje, Axar Patel and Kagiso Rabada were already among the wickets.

With 132 runs still needed and a little more than half of the 20 overs left, it was once again left to Faf du Plessis and Kedar Jadhav to mend the innings.

A 54-run fourth-wicket stand between them merely served to fill the time that remained until the overs ran out. When Jadhav went trapped LBW by Nortje with the score reading 98 for 4, it was already a lost cause for CSK with 78 needed from a mere 26 balls.

Du Plessis followed out for a futile 43 from 35 balls with 113 on the scoreboard.

Dhoni at 39 is far from the great finisher he was years ago, fell lamely for 15. Ravindra Jadeja was the last to go as Chennai surrendered at 131 for 7 from 20 overs.

South African fast bowling wonder Rabada was superb in DC's 44-run win as he finished with exemplary figures of 3 for 26. Compatriot Nortje was impressive too, scalping 2 wickets for just 21 runs from 4 overs.

Delhi are the only team to have won both their matches and lead the IPL 2020 table till Saturday with 4 points.

Kolkata Knight Riders log in their first win of IPL 2020

SRH skipper Warner opted to bat first after winning the toss and the side posted a meagre total of 142/4 in their allotted 20 overs.

Manish Pandey's 51 from 38 balls was the only innings of note for the Hyderabad outfit while skipper David Warner was unusually sedate with 36 runs from 30 balls.

Shubman Gill made short work of the SRH target with a flawless 70, forging a a 92-run partnership with Eoin Morgan and helping KKR over the line with 2 overs to spare.

Rajasthan Royals chased down a formidable target of 224 posed to them by Kings XI Punjab to set a new record in the Indian Premier League.

Steven Smith won the toss and put Kings XI to bat and it looked like he took a wrong call when Lokesh Rahul and Mayank Agarwal tore into the Royal's attack.

While Rahul followed up his 132 against CSK a few days earlier with a well-stroked 69, Agarwal was at his belligerent best cracking 106 from a mere 50 balls, his innings studded with 10 fours and 7 hits over the fence.

When Agarwal left, the 1st wicket stand had yielded 183 which is the third highest opening stand in Indian Premier League history. The partnership came of only 16.3 overs.

West Indian Nicolas Pooran came in at 194 for 3 and with only 12 balls of the RR innings remaining, he finished with an unbeaten cameo of 25 from 8 balls that included 3 sixes.

The Kings XI innings read an unchasable 224 when the 20 overs were completed.

Things started badly for Rajasthan Royals as Jos Butler was dismissed cheaply for 4 with the team score on 19. Steven Smith and Sanju Samson sewed up an attacking partnership of 81 from just 6.4 overs.

The Australian skipper left with a quick 50 from 27 balls. With the score reading 100 for 2 from 9 overs, the chase looked on albeit a bit difficult.

Samson completed his fifty off 27 deliveries, building up a 61-run partnership for the third wicket with Rahul Tewatia.

Samson was obviously the dominant partner scoring 85 runs off 42 balls (4 fours and 7 sixes), before losing his wicket in the 17th over to Indian pace-bowler Mohammed Shami who had returned for his second spell.

With Samson departing at 161 for 3, Rajasthan still needed 64 runs from only 23 balls.

Tewatia who was perceived as the culprit in slowing the Rajasthan innings down till that stage (12 runs from as many as 17 balls) suddenly exploded – scoring 30 runs from one over of West Indian fast bowler Sheldon Cottrell that astonishingly included 5 sixes.

Meanwhile Shami scalped Robin Uthappa for 9 with the score reading 203 for 4 and the Royals needing a more manageable 22 from 13 balls.

Joffra Archer made things even easier for RR with a cameo of 13 from only 3 balls that included two huge sixes.

Tewatia departed with the score at 222 while his personal contribution ended with the game-changing 53 from 31 balls that amazingly had 7 sixes and no fours in it.

An amazing match concluded at the Sharjah Cricket Stadium where an impossible target was made to look possible much to the entertainment of millions of cricket fans world over. 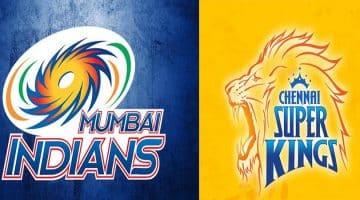