Today Ends My Week of Degenerate Gambling At Sea 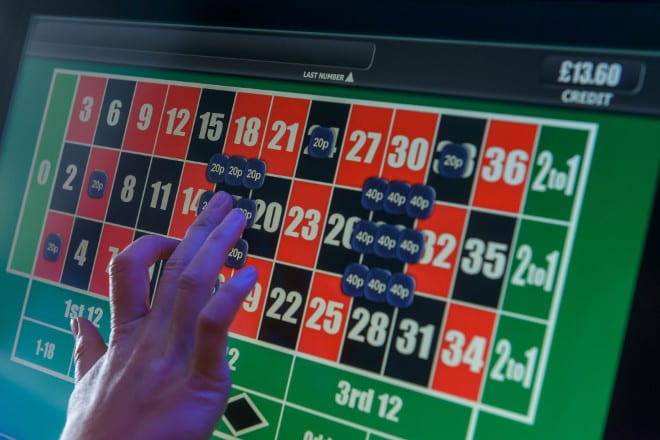 Today I returned to the US after a week aboard the Oasis of the Seas gambling at the single zero roulette table. If you're interested, you can read the original story here where I kept day by day notes in the comments about my winnings and observations. Finished ~$2500 ahead Martingaling for a week.

I wanted to vacation in Vegas this fall, my wife wanted to cruise again, so I spent a few months searching cruise lines, looking for a single zero roulette table with at least an 8-bet min/max spread. As it turns out, there are thirteen cruise ships in the world that fit that profile (that I discovered), and after checking all of them against November/December departure dates from CONUS, I downselected to the Oasis of the Seas from Royal Caribbean for a 7-Day Caribbean cruise, booked it, and thus it was so!

For the duration of this cruise, I played single zero roulette and nothing else. The casino on board the Oasis of the Seas has four roulette tables; two American roulette tables on the smoking side, and one each American/European on the non-smoking side. I use the word “European” loosely because while it was single-zero, it had no European rules on it. All four tables were $5 – $100 on the inside, and $5 – $1000 on the outside. I attempted to make arrangements before the cruise as well as with the casino manager during the cruise to raise the limits for my gambling to no avail since I didn't have an established play history with Club Royale. I also requested La Partage be put into effect during my session play without luck – but that was a long shot anyway; the only single zero table I know of in the US with a minimum bet lower than $25 is the $10 – $3000 La Partage table at the Soaring Eagle in Michigan (sorry guys, terminal games don't count!)

Single zero roulette tables have a 2.7% house edge; down from the scandalous 5.4% house edge of American roulette (let alone the scammy triple zero crap that Carnival Cruise lines and the Venetian in Vegas are doing); La Partage lowers it to a magnificent 1.35%, but alas – I was destined to go without.

The chances of heads or tails on a coin flip are 50% for either outcome. On a single-zero table without La Partage, the equivalent bets – black/red, even/odd, 1-18/19-36 is ~48.6%, with the other 2.7% representing the green zero, or house edge – creating a theoretical loss probability of 2.7% of your bet per bet over time.

While the probability of an individual spin being black or red in my case is ~48.6%, the martingale betting progression ties your bets into a session, such that on the table I'm playing on, as long as I don't guess wrong 8 times in a row, I always win. On the off-chance that any newbs are reading this, this is NOT a “strategy” or “guaranteed way to make money.” Martingale betting is a low risk, low reward means of using a large sum of money to win a little sum of money – pretty much the opposite of what people go into casinos to do. In statistical terms, the chances of me guessing wrong 8 times in a row in an 8 spin series is three tenths of one percent…but no one sits down for 8 spins and leaves – so my gambling is that when the house spins my losing sequence…I'm not there. =D Such is gambling.

I've learned over the years that if I don't sit at a table with a fixed goal of when to leave, I will get bored and start making side bets (other even money bets or thirds) – more ways to win also mean more ways to lose, and when I am gambling, I am heavily socializing and drinking; I can't keep track of all of it at the same time. My goal is thus to always leave with 120% of my bankroll.

On day two when I realized how stingy Club Royale was, and that I'd be buying my own drinks, I shelled out $360 for the liquor package, and adjusted my winning threshold to also cover the liquor package. Then there was a $300 spa treatment. Then an $1800 studio photography session since my wife wanted some nice pictures – something we've not done in a decade.

With these confusing inputs leaving me unsure of how to decide if I was up or down, it came down to the fact that while the casino was generally open 8-12 hours a day, the lone roulette table with the single zero didn't open until 8:00 PM – about when the cruise shows started. I did some begging and pleading to have it opened earlier every day to mixed success – a bit on the first day and on the last day, with nothing in the middle. They really wanted people on the American tables – which I had to resist, since for much of the cruise, it was American roulette or nothing. I contented myself during those periods with drinking, socializing with other gamblers, watching, drinking, and trying to find people who didn't have the booze package so I could buy them drinks.

Total winnings were probably closer to $2800, but I tip freely when its free money.

Despite my “follow the house” betting method of deciding to bet red or black (which capitalizes on streaks), and I never choose which to bet on, there was one dealer would occasionally call a color, and she was only wrong once. I started switching bets when she'd call a color because it was spooky. If I asked her, most of the time she'd say, “I don't know” – but out of 20-30 “calls” over a week that I saw her spinning for me, she missed one.

If I had the balls to play numbers or neighbor bets, I'd have made tens of thousands; I don't believe in ball control; not on modern wheels, but one dealer put out four 28s in 8 spins, three of them in a row, 7 of the others were neighbor bet winners, and he just kept doing it. He's been a casino dealer 44 years…and kept telling people what number to bet on, and no one would listen to him. God, I wish I had.

Actually, all the games were a bit …less competitive. 6:5 blackjack, 1x craps odds, no Euro rules on the Euro table, crappy slots payouts – I get it; I really do. Captive audience, no need to compete with other casinos. Once they're on board, you've got 'em for a week; they're gonna gamble or they're not.

Club Royale has terrible comps compared to Casinos at Sea with NCL. It takes 2500 points with Club Royale to earn comped drinks while gambling. Not only did Club Royale not buy my drinks this cruise, at the rate of my point earnings, it will take me 4 more cruises gambling at the same rate to earn free drinks. That's right; $10,000+ to get free drinks. I did however come away with an amazing $100 off my next cruise voucher.

edit And here's a picture of me at my remote office aboard the cruise ship in case anyone was wondering what your mean old /r/gambling moderator ShelixAnakasian looks like.