With only two more games to take place in the Champions League group stages, this round of fixtures is arguably the most important.

So much is on the line for these clubs, especially in Group C with Paris Saint-Germain and Liverpool, which means every match is a must-watch.

Here are my selections take you through the night, starting off at the Wanda Metropolitano.

Atlético Madrid vs. AS Monaco

Atlético simply don’t lose at home and this game should be straightforward for Diego Simeone’s men.

Although Thierry Henry recorded his first win since taking charge of Monaco with a 1–0 win over SM Caen, going away from home to Madrid, against arguably the toughest and grittiest team in Europe, is another level. 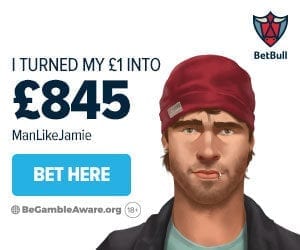 Atlético were moments away from a 1–0 win at the Wanda Metropolitano last weekend against Barcelona, thanks to Diego Costa’s first goal in eight appearances.

Remarkably, Monaco have failed to win their last 12 matches in Europe’s top-tier competition, struggling emphatically this season as well as last.

There should be no major upset for Atlético, who beat Monaco away from home in a 2–1 victory in the reverse of this fixture earlier in the season. Simeone’s men have a task to do and will secure their place in the Champions League knockout rounds by Wednesday evening.

Mauricio Pochettino’s players secured a much-needed win against top level opposition in Chelsea at Wembley, setting themselves up perfectly to reinvigorate their Champions League efforts against Inter.

They will need the help of Christian Eriksen’s influence in midfield to get Spurs on the front foot, but it will be Harry Kane’s duty to find the back of the net in such a highly-pressurised game.

The England international has 12 goals this season so far, with four of those coming in as many appearances in the Champions League.

Spurs will be disappointed they didn’t come away with any points at the San Siro, but at home they stand a much better chance especially after some very decent recent performances.

Inter have a sturdy defence and have conceded just 10 goals — the second best mark in Serie A. They have also only been breached five times in four UCL games with three of those games against top level opposition including Barcelona (twice) and Spurs.

Slovenian international Milan Škriniar will be tasked with making sure Kane does not find himself in too much space, but the England striker comes to life in these moments and will do so again on home soil.

If Liverpool beat PSG and Crvena Zvezda fail to beat Napoli, Jürgen Klopp’s men will progress into the knockout rounds.

There is so much riding on this match for both teams, managers and fans, making it a must-watch and one that is going to burst into life. PSG and Liverpool have shown their willingness to attack, attack and attack some more in this competition already, and Wednesday night is going to be no different.

Both sets of forwards are absolutely electric, with PSG’s triumvirate of Neymar, Edinson Cavani and Kylian Mbappé tearing through French defences. On the other side, Liverpool’s Sadio Mané, Roberto Firmino and Mo Salah are now turning up the heat in the Premier League.

Although there are question marks over the fitness of Neymar and Mbappé coming into this game, Thomas Tuchel still has top choices in reserve to count on should their respective injuries rule them out.

The Reds have scored seven Champions League goals in four matches while PSG have found the back of the net 11 times in the same amount of games. This European tie is mouthwatering and will produce goals galore.

Serbian side Crvena Zvezda surprised everyone with their emphatic win at home against Liverpool in the last round of European fixtures and they’ll be hoping they can achieve a similar feat against Carlo Ancelotti’s Napoli side.

With the difference between top and bottom in Group C being only two points, there is still so much on offer for all four teams.

The Serie A outfit are unbeaten in their last nine matches, but the Italian coach is finding it increasingly difficult to convert draws into wins with four of his last six games ending in deadlock.

Although Vladan Milojević recorded a defining win against the Reds last time out, their away form has been shocking in the Champions League and huge reason for concern coming into this tie in Naples.

Napoli are the second highest scorers in Serie A with 26 goals. That would be a worry, but gets worse when you realise Crvena Zvezda have conceded 10 goals in their two away UCL fixtures so far.

Lorenzo Insigne is in prolific form and will look to link up with José Callejon as Napoli’s free-flowing attack attempts to put the Serbian side to the sword.

You can back this ACCA by downloading BetBull here and then following my profile LiamPaulCanning.

Thanks for taking the time to read this article. If you liked it then please give it a 👏

You can find even more accumulator-based content by following our different social media accounts.

🇪🇺 Champions League ACCA (Wednesday): Monumental clash in Paris was originally published in blog.betbull.com on Medium, where people are continuing the conversation by highlighting and responding to this story.