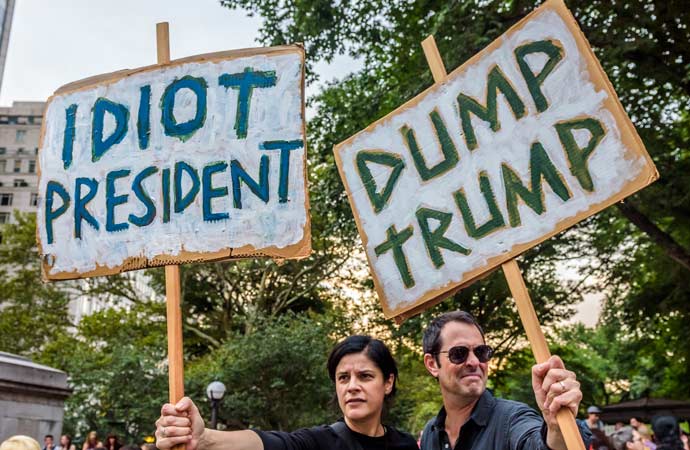 Trump To Win US Presidential Election 2020

Donald Trump’s chances of a second term in the White House have taken a hit this week according to the latest betting as he continued to face allegations of racism over his latest Twitter comments.

The sitting President continued a Twitter spat with four Democratic congresswomen this week after he told them to ‘go back and fix the…crime invested places from which they came.” He has since been accused of racism by several Democrats, with British Prime Minister Theresa May also describing the comments as ‘totally unacceptable.’

The row has seemingly dented Trump’s hopes of earning another four years as President, with the Democrats backed into 8/11 from 11/10 with BoyleSports to win next November’s vote. Trump had started the week at an odds-on 4/6 to win again in 2020 but he has now been pushed out to Even money.

The candidate taking on the current incumbent has yet to be decided, with Kamala Harris the 2/1 favourite to win the crowded race of Democratic hopefuls ahead of 7/2 Joe Biden and 4/1 Elizabeth Warren.

There have been plenty of Trump controversies since he took up residence at the White House, but this latest spat is the one that has caused most damage to his odds of winning next year’s election. We had to cut the Democrats into 8/11 from 11/10 this week to win it…

so the chances of Trump losing are now at their highest since he took office.