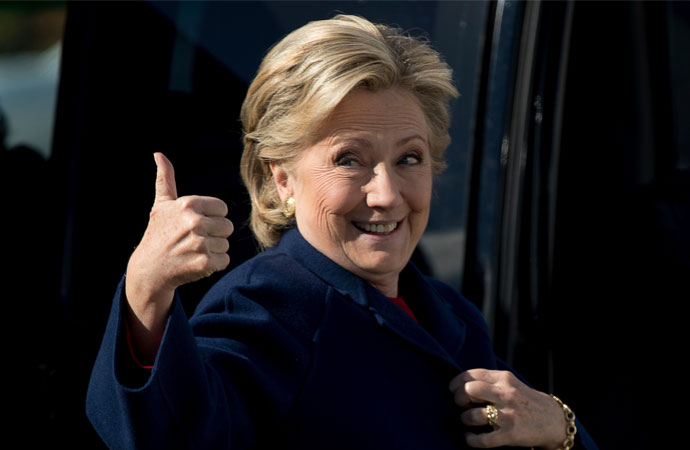 Hillary Clinton was a shock mover in the market to run for the White House in 2020 after her odds were cut in half on Thursday.

Clinton was under pressure earlier this month to officially rule herself out of contention to be the Democratic candidate next year, but she has yet to definitively close the door on putting herself forward to take on Trump for a second time.

Less than week since the former First Lady was in Ireland visiting a children’s charity, she has now been backed to make a surprise move into contention with BoyleSports cutting her chances of receiving the Democratic nomination into 33/1 from 66/1. That puts her ahead of the likes Amy Klobuchar (50/1) and Kirsten Gillibrand (100/1) who have already taken part in TV debates pitching their blueprints to tackle Trump in next year’s election.

Those debates saw a big move on Kamala Harris getting the nod as she moved into 5/2 favourite from 7/1 putting her ahead of 7/2 shot Joe Biden in the betting.

Clinton meanwhile is also now into 66/1 to win the 2020 vote having been out at 100/1 just 24 hours ago, with Kamala Harris the most likely candidate at 6/1 to end Donald Trump’s stint in the Oval Office.

We’ve had Hillary Clinton in the betting for quite some time, but this is the first time she’s attracted any support and…

we’ve been left wondering if someone knows something we don’t.

We’re cautiously cutting her odds for now and we’ll watch with interest to see if there’s anything in it.