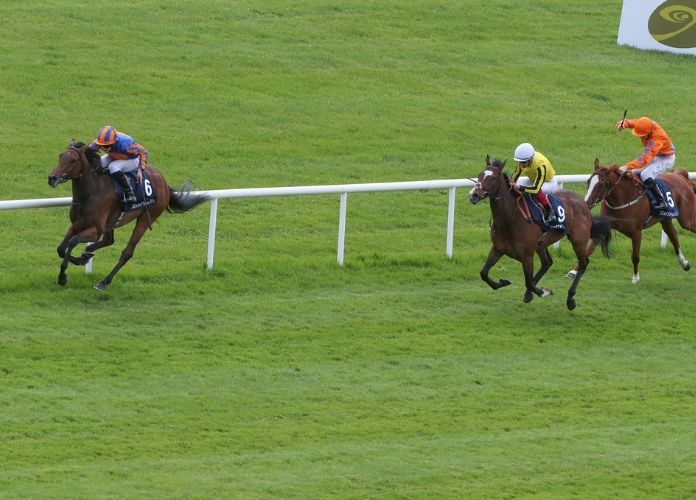 
Day 3 of the festival sees dual 1000 Guineas heroine Hermosa try to get her season back on track having come up short at Ascot. Threat looks the standout runner in the Richmond Stakes, with Aidan looking to complete a quickfire double with Constantinople in the Gordon Stakes.

Walkinthesand has to give lots of weight away to his rivals but is the standout horse in the race having won with plenty in hand in a valuable handicap at HQ earlier in the month. He had Korcho in behind that day and I can’t see the form being reversed here.

William Haggas runs Sinjaari who was caught wide over further at Royal Ascot He’s open to plenty of progress of his current mark and will take all the beating now.

Hayley Turner gets the leg up on Dalaalaat who is receiving a stone and a half from Walkinthesand. He should stay this longer trip and must be considered off such a low weight.

Threat brings the strongest piece of form into the race following his close defeat at the hands of Arizona in the Coventry. The Hannon’s have a great record in the race and I find it hard to see him getting beaten.

Guildsman, Golden Horde and Maxi Boy were all in behind Threat in the Coventry and I don’t see any of them turning the tables with the favourite.

Aidan O’Brien’s King Neptune has been consistent in Stakes company but needs to find improvement if he’s to trouble the principals. Of the bigger priced runners, Symbolize catches the eye after winning on debut and then only being beaten a length in the Windsor Castle. He can improve for the extra yardage and may nick a place.

This Group 3 contest has been won by such high-class sorts as Cross Counter, Crystal Ocean and Ulysses in the past three seasons. At a quick look, I’m not sure there is anything of that quality in the field but they are just three-year-olds so are open to plenty of improvement.

Constantinople was a good winner of a Group 3 at the Curragh and then just missed out in at Royal Ascot behind stablemate South Pacific. He’s got lumbered with a penalty for that Curragh victory and should go close.

Fellow Group 3 winner Spanish Mission put in a career-best to easily land the Bahrain Trophy at Newmarket and could be difficult to beat.

The Martyn Meade trained Technician has been running consistently all year and has bumped into some very decent sorts. He was a listed winner at Longchamp most recently and should once again run a big race.

Three-year-olds have won the last four runnings of this Group 1 race with Aidan O’Brien taking two of the last three renewals. He’s represented by dual 1000 heroine Hermosa now and she will take all the beating once again.

Mehdaayih drops back in trip having won a Group 2 in France when last seen. She’s won at her only attempt over the distance and should be in the mix.

Sir Michael Stoute’s Rawdaa never seems to run a bad race but has yet to win this season and now takes a big step up in class. She should once again run her race but may struggle against some of the classier fillies.

French-raider Channel is a very interesting contender and really announced herself when winning the Prix de Diane at Chantilly in June. She continues to progress and may give the favourite most to think about.