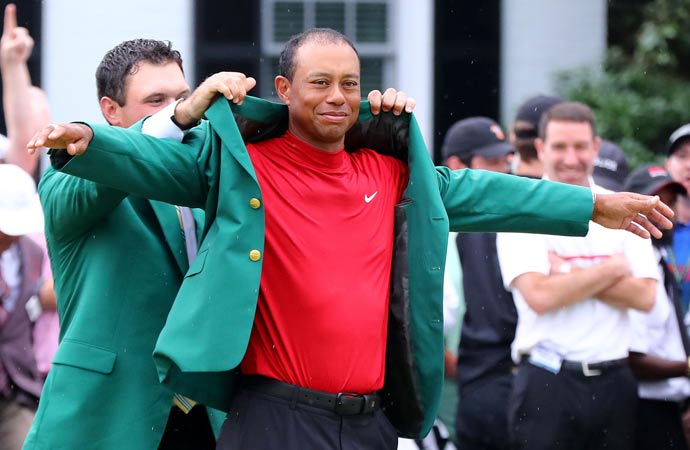 The odds on Tiger Woods beating Jack Nicklaus’ record haul of major golf championships have taken a nosedive after he tapped in the winning putt on the 72nd green at Augusta.

Woods’ -13 score secured him his fifth green jacket and took him to 15 career majors, just three short of the 18 Jack Nicklaus won between 1962 and his sixth masters title in 1986.

Woods was a huge 33/1 shot before the Masters to secure the four more majors he needed to break the record, but with the 15th under his belt and a renewed burst in punters’ confidence,

his price has collapsed into just 3/1.

The new Masters winner is a 150/1 shot to win the remaining three majors of the season, two of which are being staged at venues that have hosted previous major victories for Woods in the shape of Bethpage Black and Pebble Beach.

Woods is the 8/1 favourite from 14/1 in all three remaining majors this calendar year, while he is just 2/1 to finish the season with having claimed a 16th major championship by winning either of the three big ones between now and the end of the Open Championship in July.

The victory was bad news for BoyleSports as we paid out a six-figure sum on punters who backed the Masters victory along with Tiger Roll to win the Grand National, including one punter alone who walked off with €81,000 after a €1,000 bet on both winning. We’re offering about 90/1 on both to retaining their titles next year and pulling off an incredible ‘double double.’