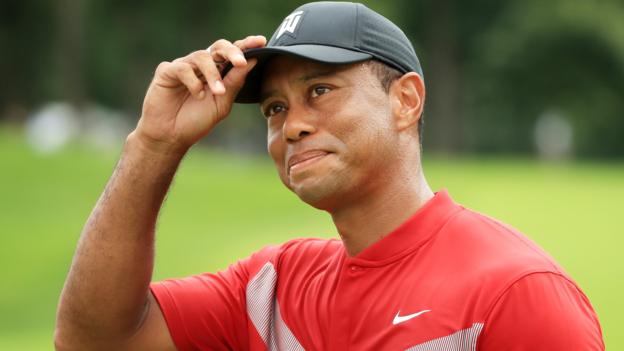 Masters champion Tiger Woods is seeking an October return after revealing he had a knee operation last week.

The 43-year-old, who ended an 11-year wait for his 15th major in April, said arthroscopic surgery repaired minor cartilage damage in his left knee.

The world number eight hopes to play in the PGA Tour's new event in Japan, the ZOZO Championship, from 24-27 October.

Woods, one short of Sam Snead's 82 PGA Tour wins, has had four previous knee operations and four back surgeries.

The latest operation was performed by Dr Vern Cooley, who said: “I expect Tiger to make a full recovery. We did what was needed and also examined the entire knee. There were no additional problems.”

After winning his fifth Masters title in April, Woods missed the cut at the PGA Championship and Open.

He withdrew from this month's Northern Trust shortly before his tee time citing a mild sprain, but returned for the BMW Championship at Medinah Country Club.

However, his 37th-place finish meant he did not qualify for the Tour Championship finale, which he won the year before to end a five-year spell without a PGA title.

Find out how to get into golf with our special guide.